Meet the artists that had a hand in inspiring the designs of the Artycapucines Collection.

First launched in 2013, the Capucines bag has quickly become one of Louis Vuitton’s most beloved designs. Then in 2019 came the launch of the Artycapucines Collection, an inspired effort to collaborate with leading international artists and provide the ideal canvas for these artists to bring their unique visions to life.

In their latest chapter of the collection, Louis Vuitton joins hands with six more renowned contemporary artists over the world.

Zeng Fanzhi: A blend of traditions through rich texture 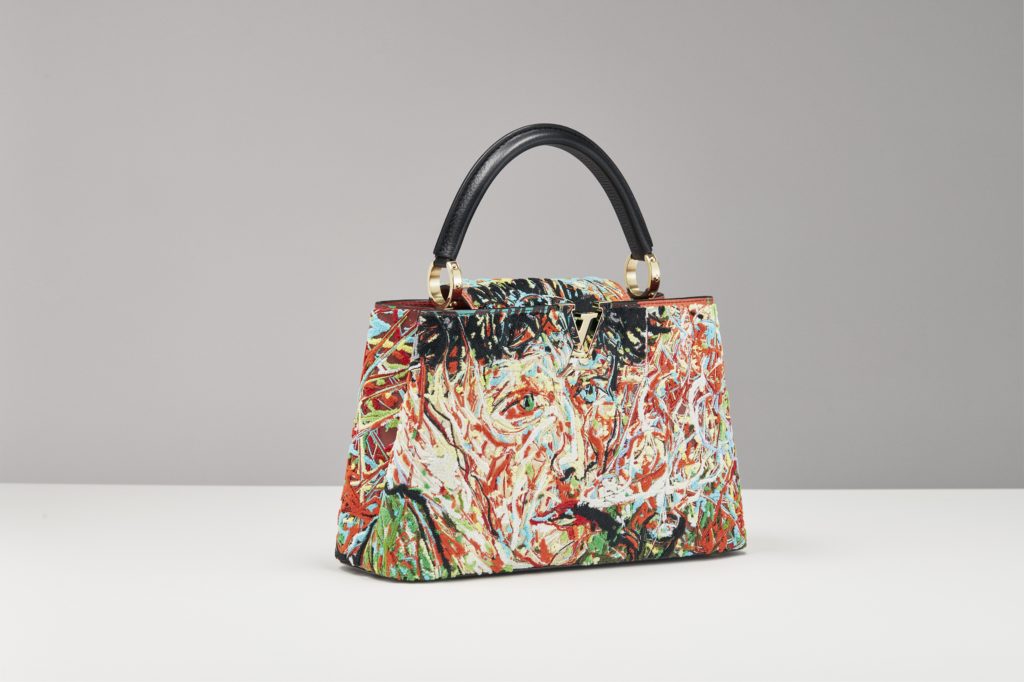 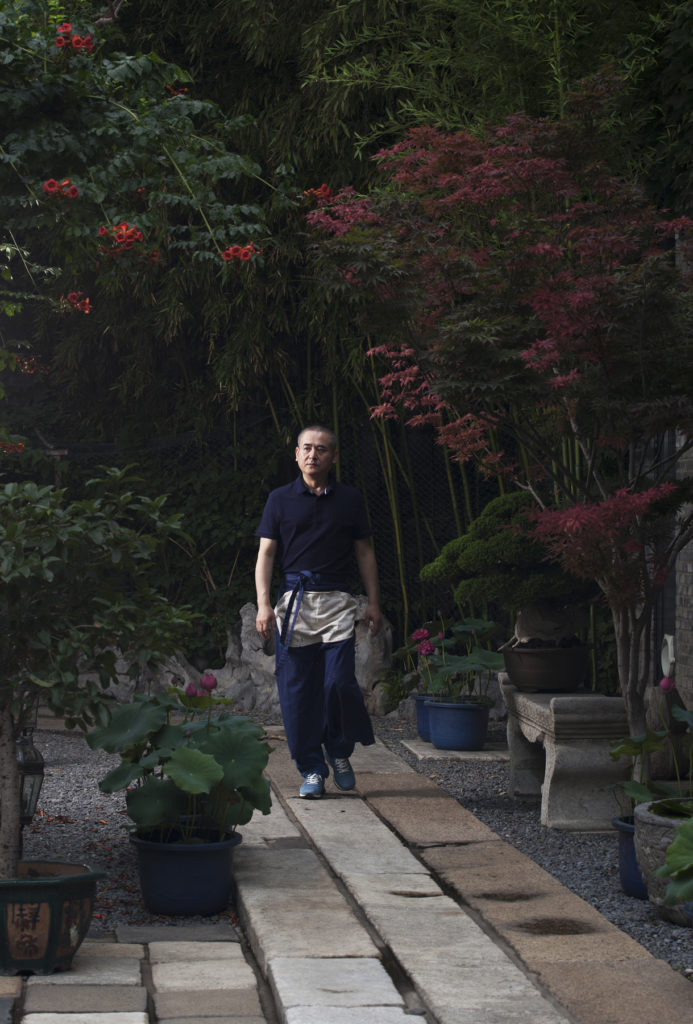 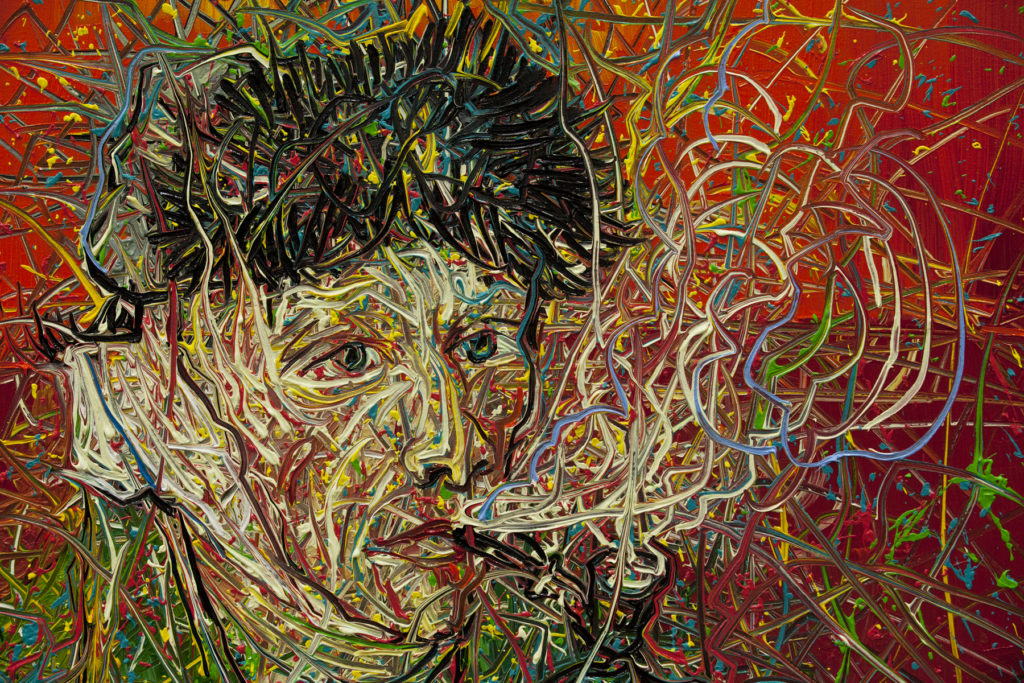 Born in Wuhan in 1964, Zeng Fanzhi studied at Hubei Academy of Fine Arts. His work is now in the permanent collections of the San Francisco Museum of Modern Art, Musée d’Art Moderne de Paris, and the National Art Museum of China, Beijing.

Zeng’s work is a unique synthesis of Chinese and Western traditions. Expressed through strong, richly textured brushwork, his paintings have often been concerned with studies on tactility, isolation and abstraction.

Zeng’s Capucines is based on a dramatic reinterpretation of a self-portrait by Vincent Van Gogh that he originally created in 2017. The complex design faithfully renders the artist’s highly worked brushstrokes and layering of paint in threads of 42 different colours and over 700,000 embroidery stitches.

Gregor Hildebrant: Monochrome as a window to the past 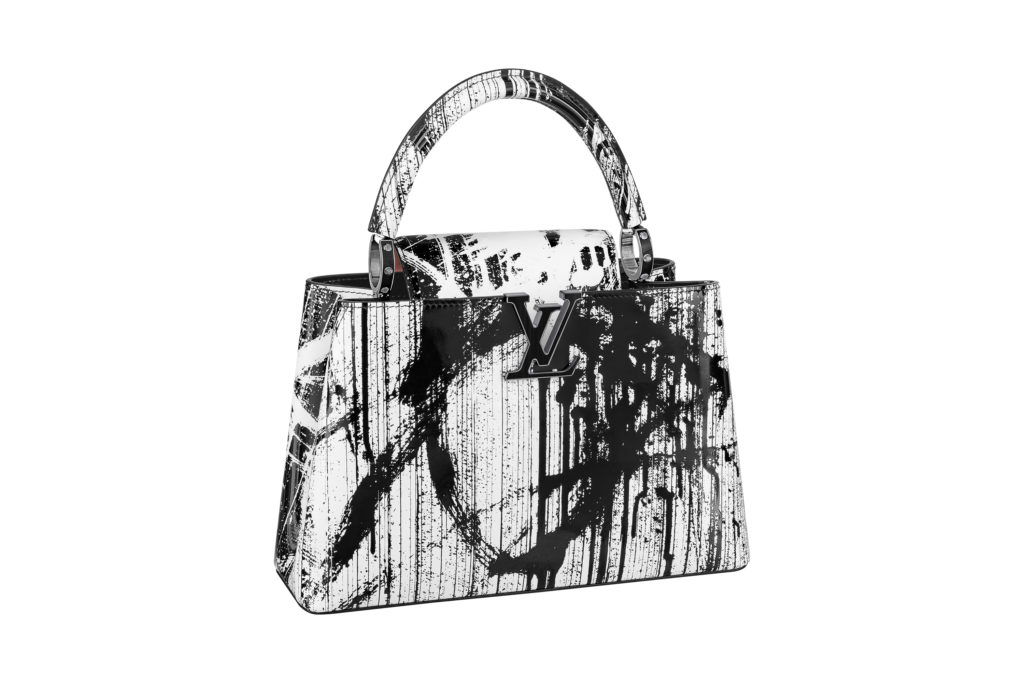 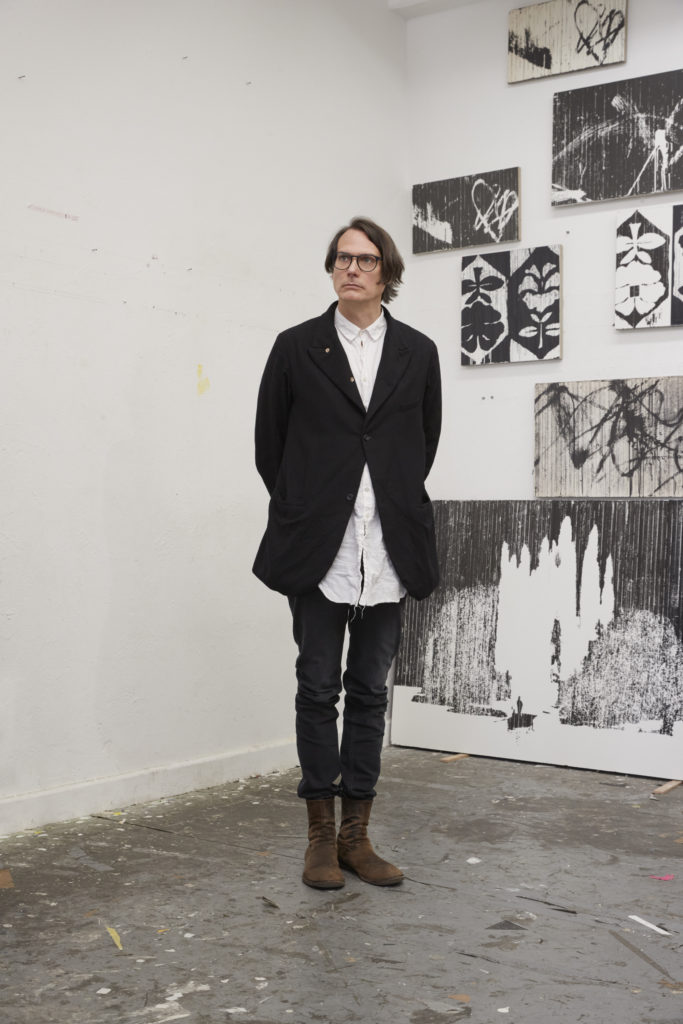 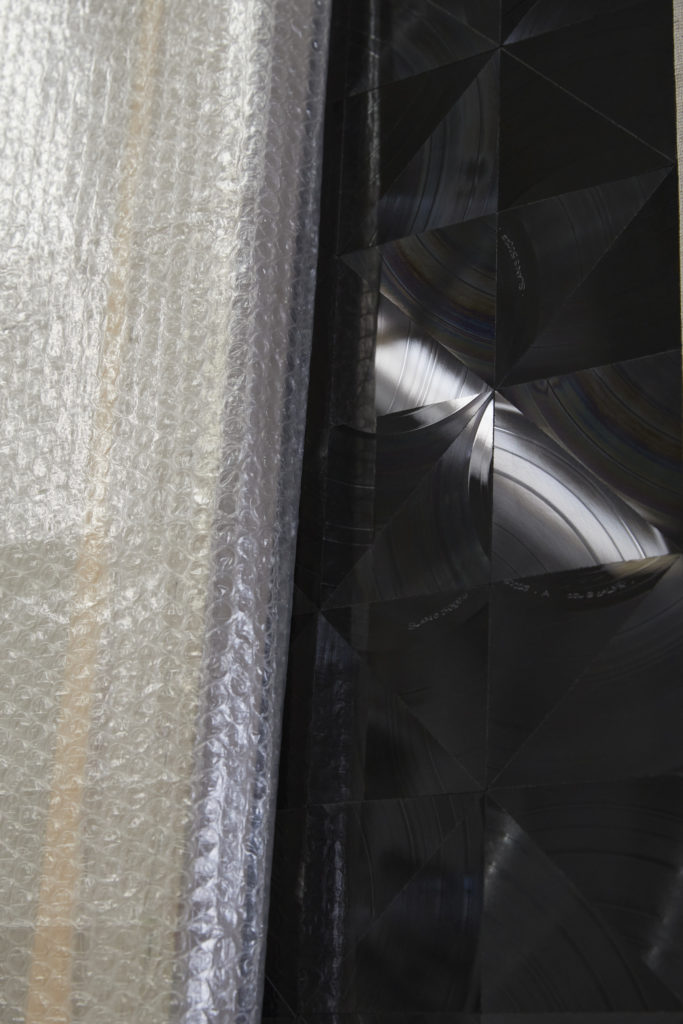 His penchant for music soon led him to found his own record label, Grzegorki Records, in 2018. Hildebrant’s work is included in collections including the Centre Pompidou, Paris, and Yuz Museum, Shanghai.

The design for Hildebrant’s Capucines showcases his love of vinyl records and his trademark “rip-off” technique that uses magnetic dust from old recording tape to create striking black-and-white images. 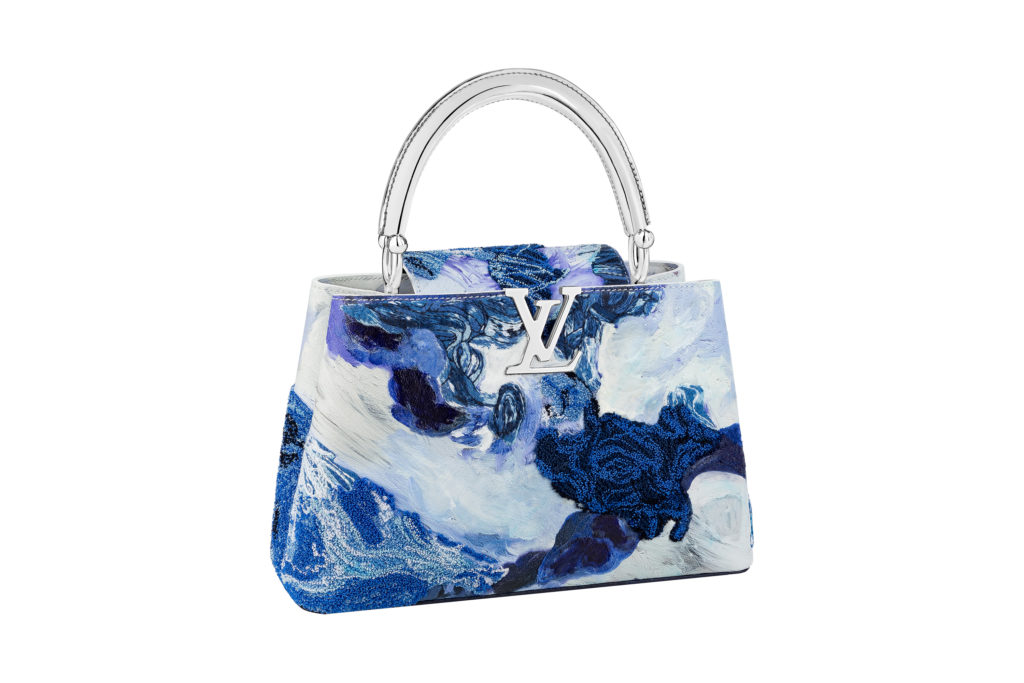 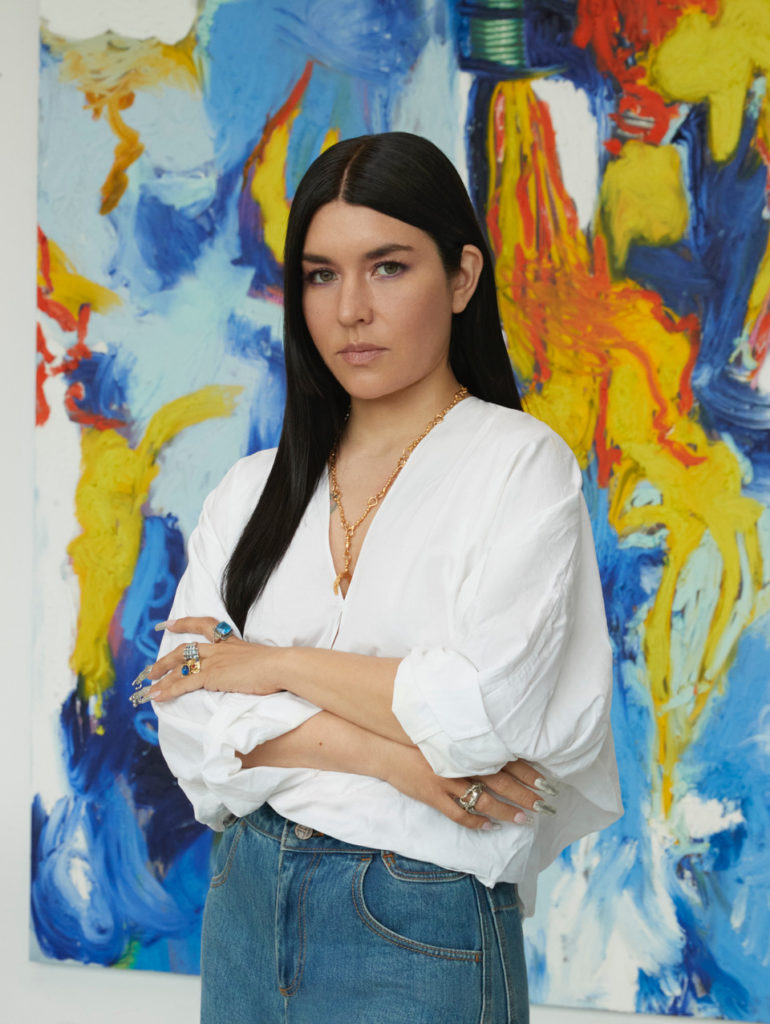 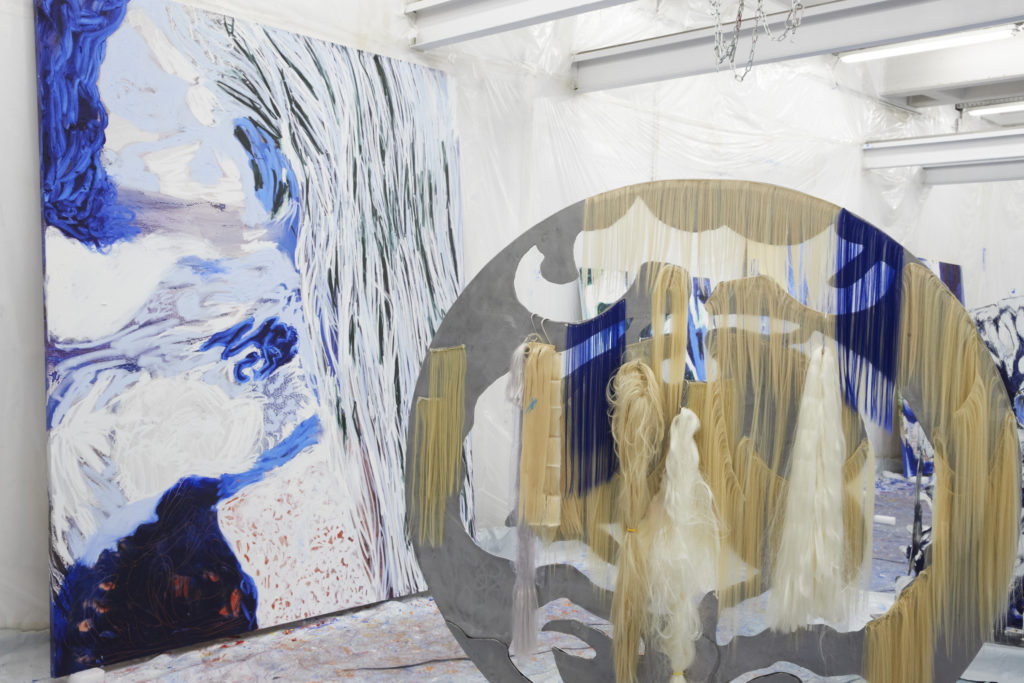 With the deep interest in the possibilities of the body and skin as artistic media, Donna Huanca’s work encompasses what she calls ‘visceral experiences’. Her art installations often feature performers painted and dressed in armour-like garments, camouflaged by her large-scale, colourful and strikingly ‘alive’ paintings. Huanca uses this concept to explore empathy, perception, identity and fragmentation.

Huanca’s Capucines design is based on Cara de Fuego and MuyalJol, two paintings that look into interaction with the female body. Her work is currently held in collections worldwide, including the Solomon R. Guggenheim Collection, New York, and Rubell Museum, Miami. 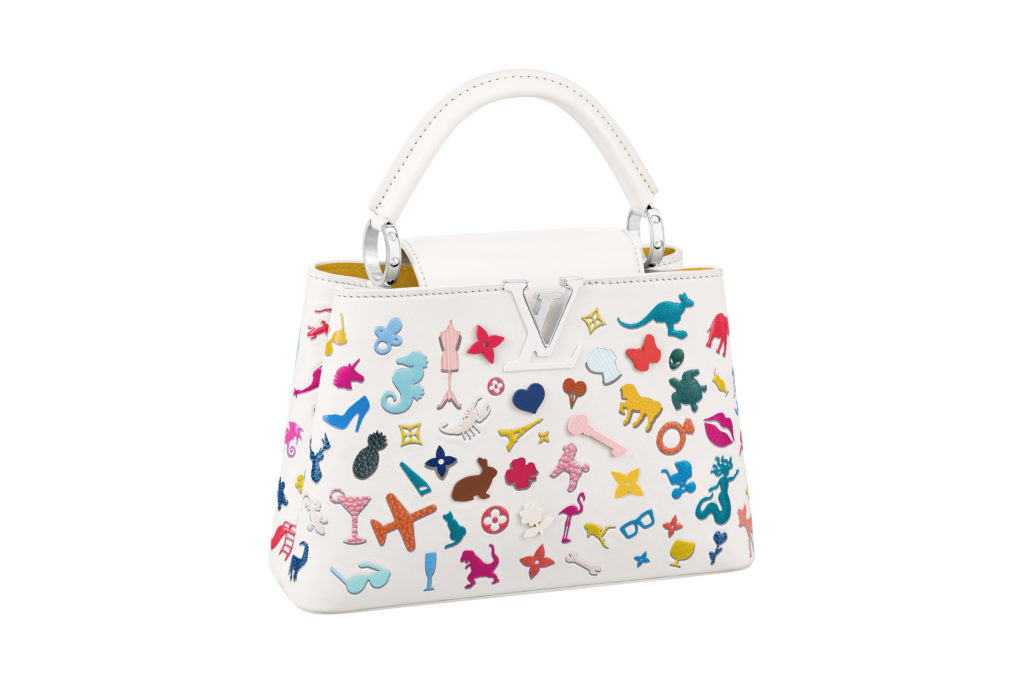 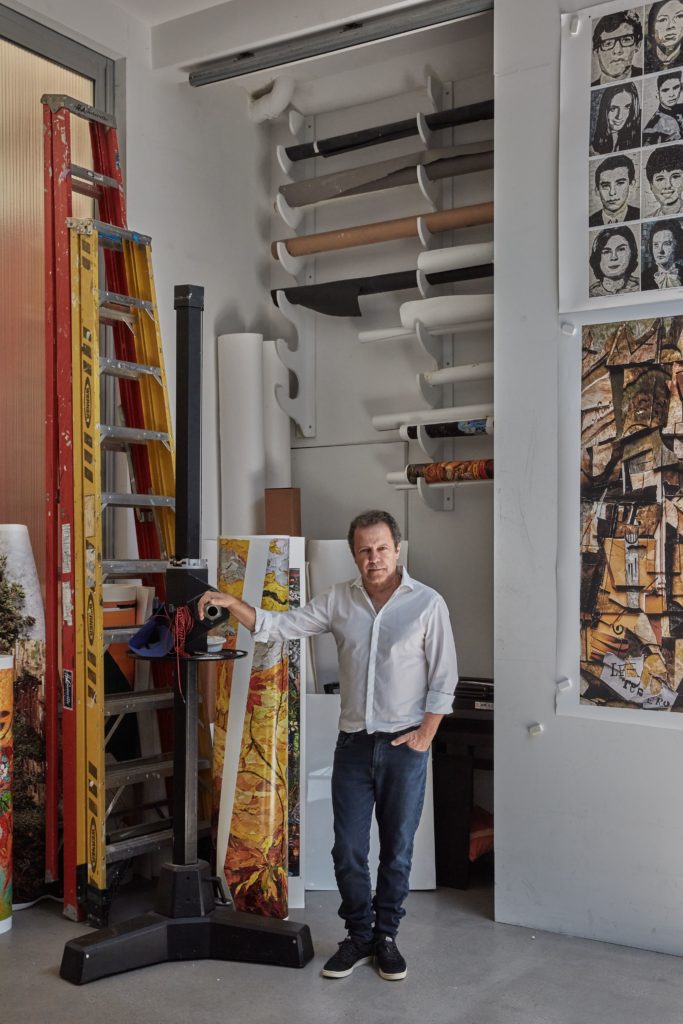 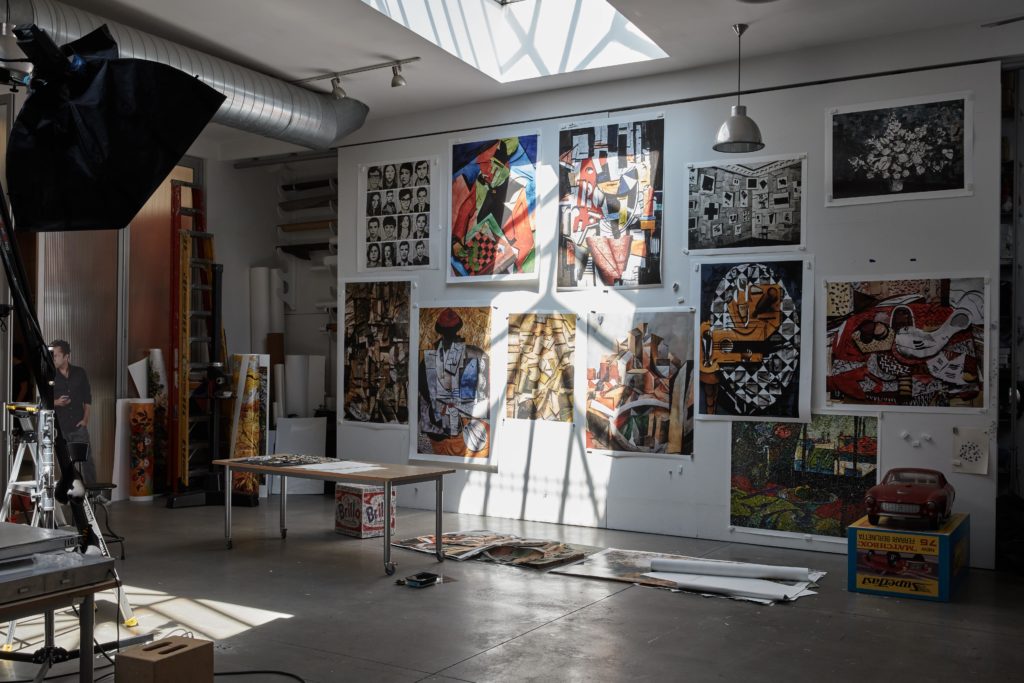 Born in São Paulo in 1961, Muniz now lives in Brooklyn and Rio de Janeiro. His work is held in the permanent collections of institutions including the Metropolitan Museum of Art, New York; Museu de Arte Moderna, São Paulo; and the Victoria and Albert Museum, London. 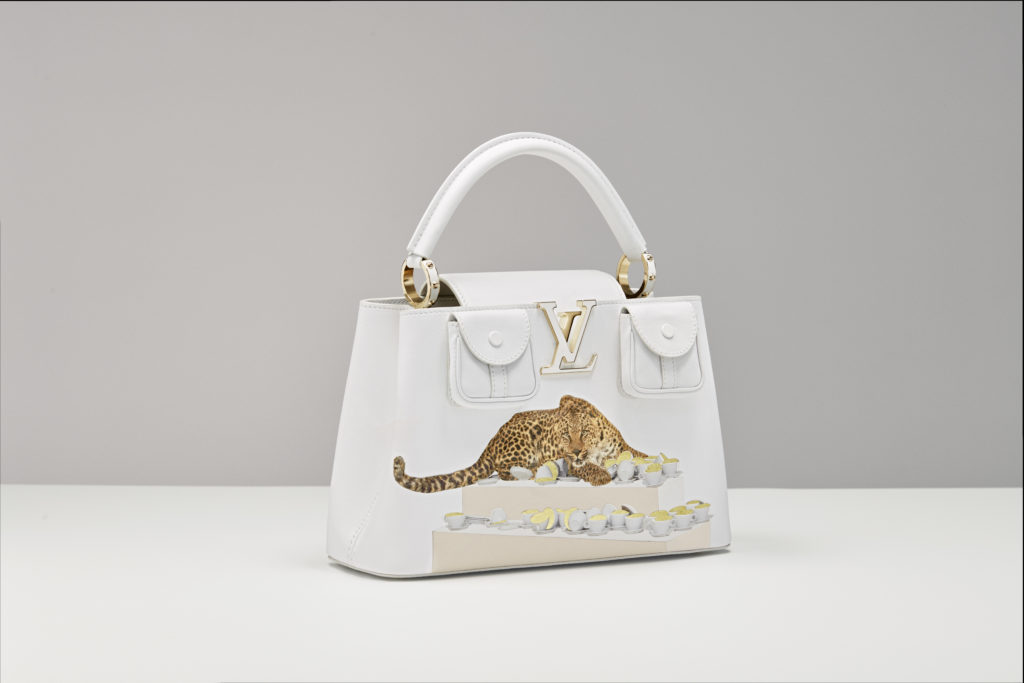 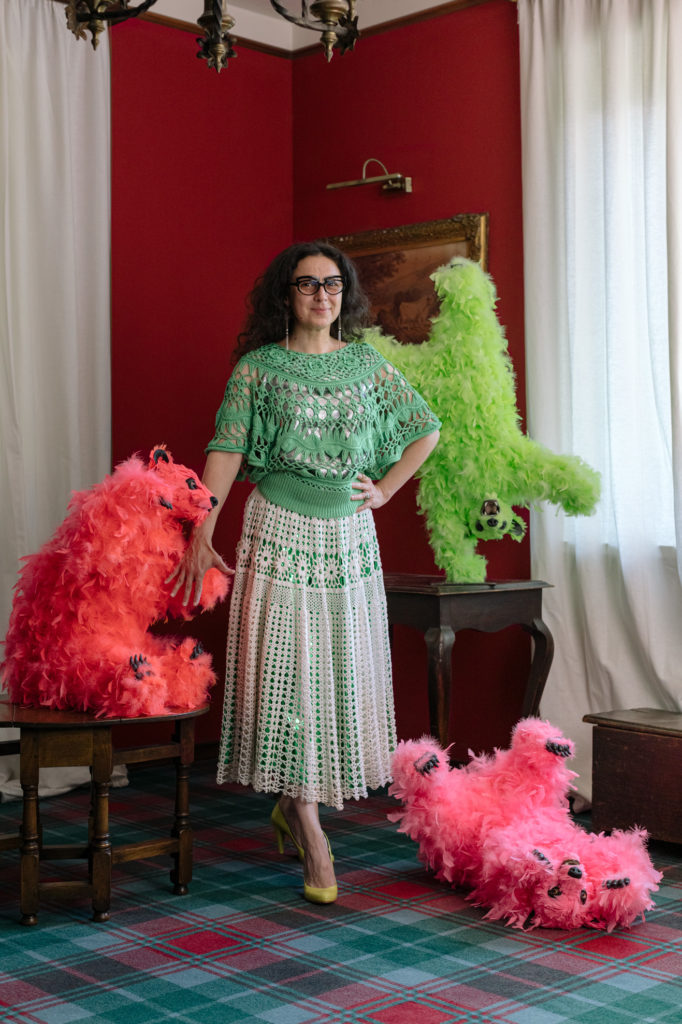 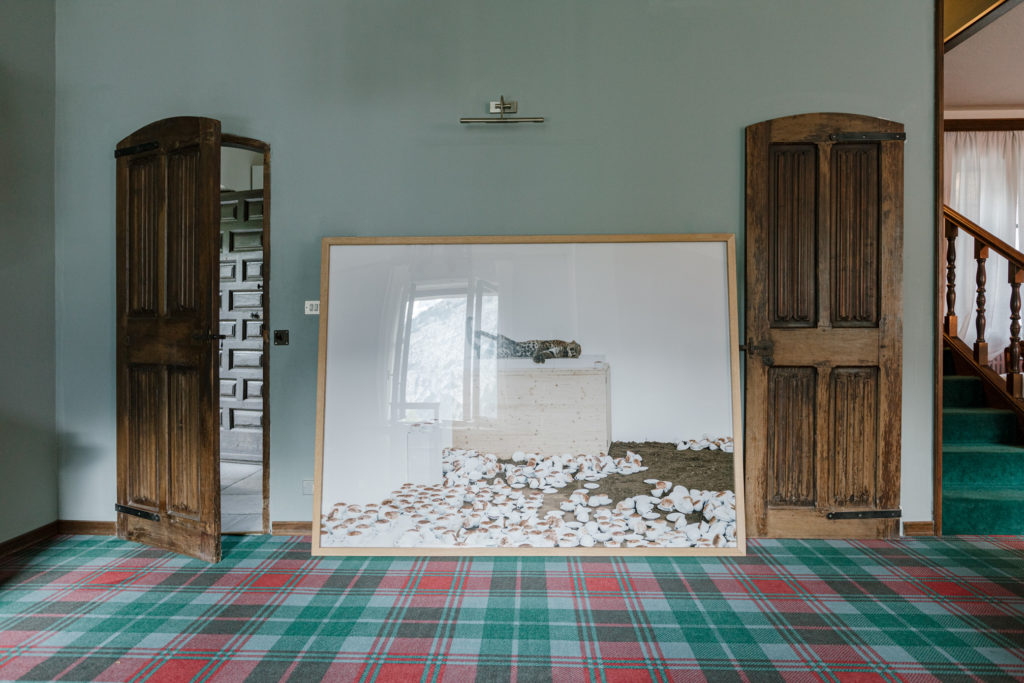 Pivi’s Capucines design is inspired by her 2007 work One Cup of Cappuccino Then I Go, with a striking leopard richly embroidered onto smooth leather, and overprinted to create a fur-like look and touch against the delicate gold-coloured lambskin for the cappuccinos. 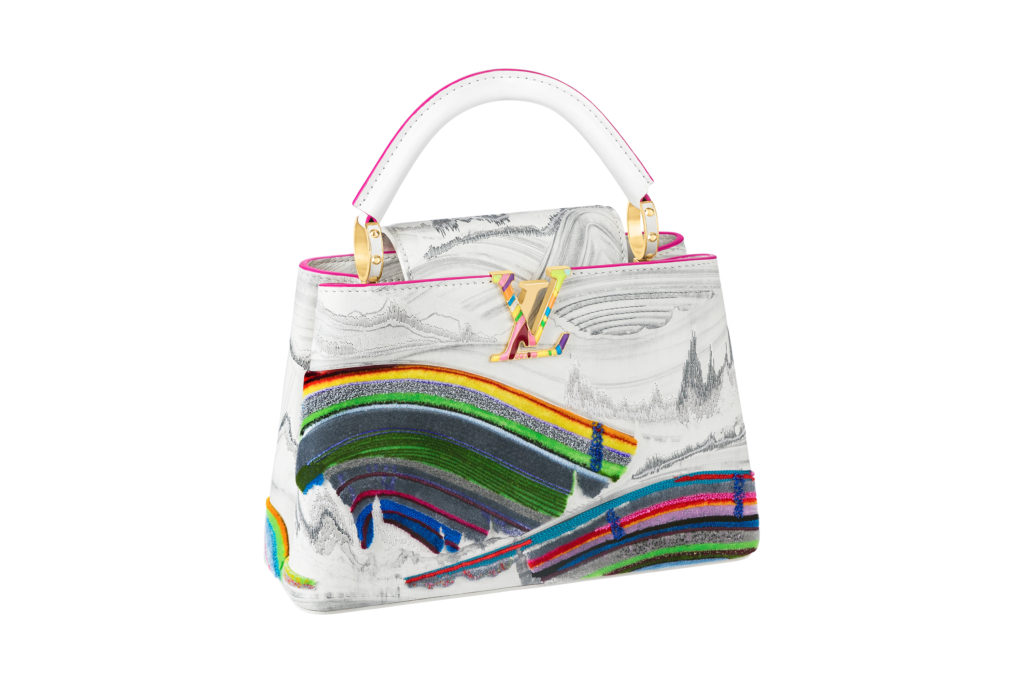 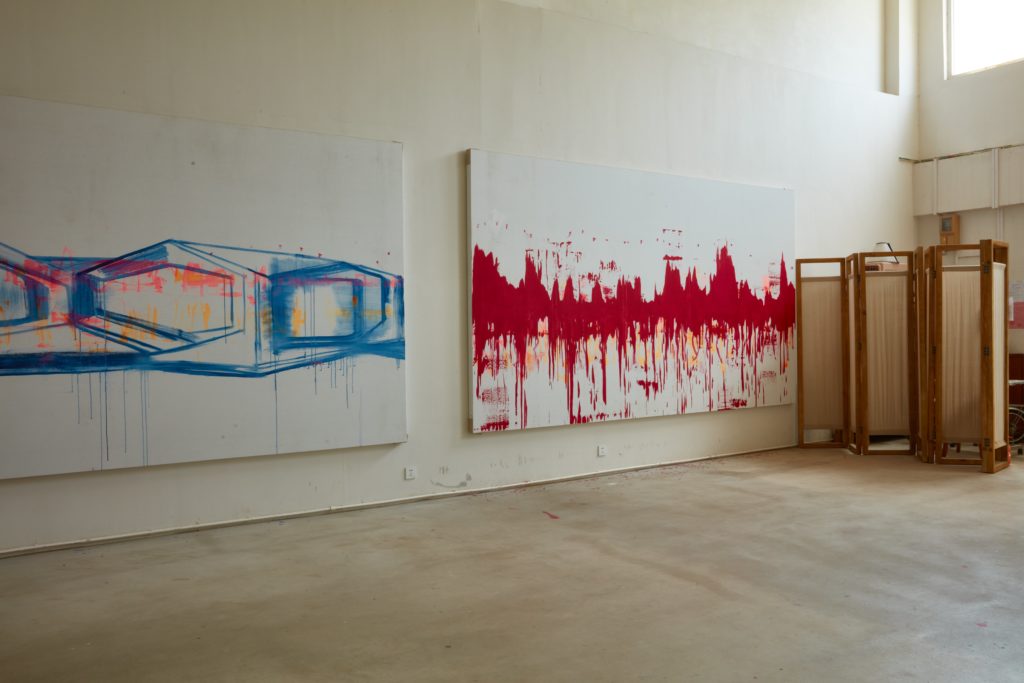 Huang Yuxing is a painter whose striking work brings together meticulous technique with bright, bold colours and fantastical visions. Based on the traditional Chinese gongbi painting, Huang dabbles in fluorescent hues (which he calls the “colours of our generation”) to create dazzling landscapes and abstract still-lifes, in which the brushstrokes themselves become the central character.

Based on a specially reworked version of his 2019 painting The Colossus Hidden Deep in the Hills, Huang’s Capucines design features a stylised landscape, with his signature oval shape, printed onto white-grey leather and embroidery to depict rainbow-like mountains.

Huang graduated from the Central Academy of Fine Arts in Beijing, China in 2000. He has exhibited widely in China and internationally and had solo shows in London, Paris, Brussels, Hong Kong, Taipei, Beijing, and Shanghai.

Each bag in the third Artycapucines Collection will be available in a limited edition of 200. The collection is set to be released in stores worldwide at the end of October 2021.