There’s more to HABIB than just gold and diamonds. Historically, Malaysia’s leading jeweller has always had the unique ability to draw people from all walks of life.

The story of HABIB began in 1958 when Datuk Haji Habib Mohamed Abdul Latif set up a small retail shop along the famed ‘Jewellers’ Corner’ along Pitt Street in Penang (now known as Jalan Masjid Kapitan Keling). HABIB has since established itself as a household name in jewellery, becoming a Malaysian symbol of intricacy and exquisiteness.

The legacy of HABIB is carried on by Dato’ Sri Meer Sadik, the founder’s only son, together with his wife Datin Sri Zarida Noordin. Dato’ Sri Meer is a strong believer in the power of marketing. From developing the brand in its early days through radio broadcasting and television to attention-grabbing billboards on major highways, it’s not surprising that the family-owned business has grown from its humble beginnings at a small shop to the renowned jewellery brand it is today.

How it all started

In a post-second World War landscape when times were tough and food was scarce, Datuk Haji Habib sought the courage to be different. After taking up a job on the then Pitt Street — a road already thronged with jewellers — he began seeing people from all walks of life coming and going through jewellery stores with the brightest smiles on their faces.

Inspired by the sentiment that people had of buying jewellery to mark the special moments in their lives, Datuk Haji Habib eventually went on to establish HABIB’s first retail shop on that same street. Curiously, while most other jewellers were more focused on selling gold, HABIB stood out by selling diamonds and coloured gemstones.

Datuk Haji Habib then went on to influence his own son. As a young boy, Dato’ Sri Meer Sadik would look forward to the time when his father would open the safe, and become captivated by the sparkling diamonds and colourful gemstones he’d find in there. He would always help out at the shop on Pitt Street every day after school, and in due course learned more about the business.

Datuk Haji Habib may have laid the foundation of the brand, but Dato’ Sri Meer is the one who took the legacy forward and paved the way to what HABIB is today. He envisioned beyond just expansion of the business — he also identified a long-term plan and addressed the demand gaps in the market, which include the lack of diamond jewellery design options catering for the Malays such as long diamond necklaces and brooches.

And so, in 1986 HABIB had its first showroom, marking an important milestone for the brand. HABIB put together a one-of-a-kind element to its showroom by forgoing the metal bars typically found in many gold jewellery shops then. From there, the store quickly amassed customers and it wasn’t long before HABIB started to expand with even more showrooms.

More than just gold and diamonds

If there’s one thing that sets HABIB apart from other jewellers, it is its creativity. HABIB always strives to differentiate itself in its product offerings, from forming cross-region partnership with the Italians to marrying their well-earned reputation for gold artisanship with Malaysian heritage to suit the local taste.

HABIB became the first local jeweller to bring in finest Italian jewellery craftsmanship, the Oro Italia 916® collection with its intricate craftsmanship and artistry that struck a chord with the local market. The bedazzling repertoire instantly captured the hearts of Malaysians with its unique play on colour as well as its contemporary and timeless design combinations. 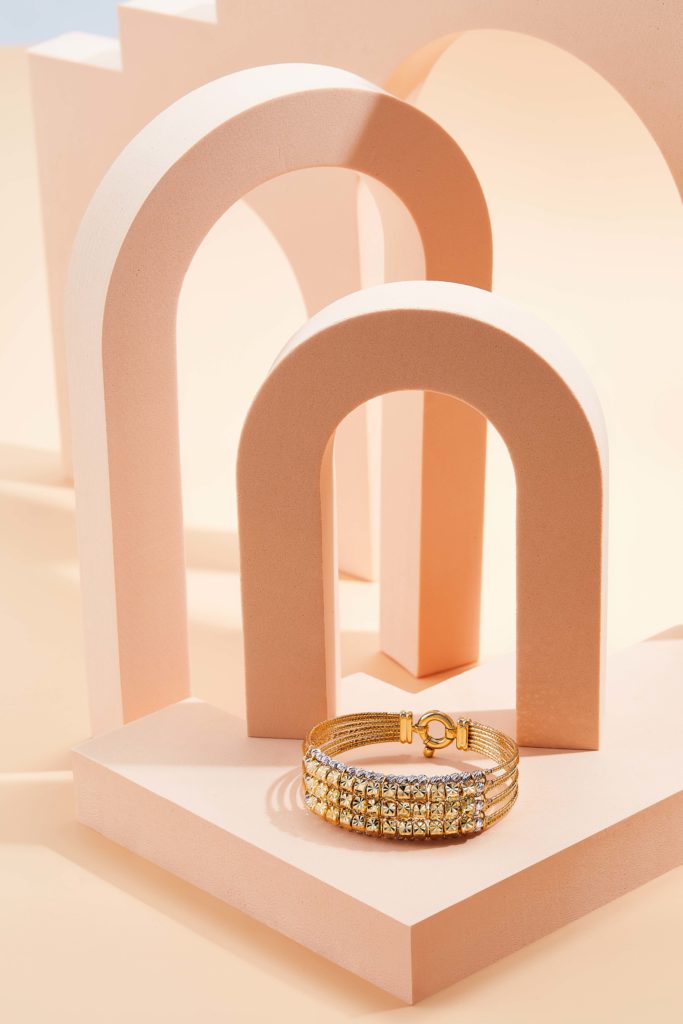 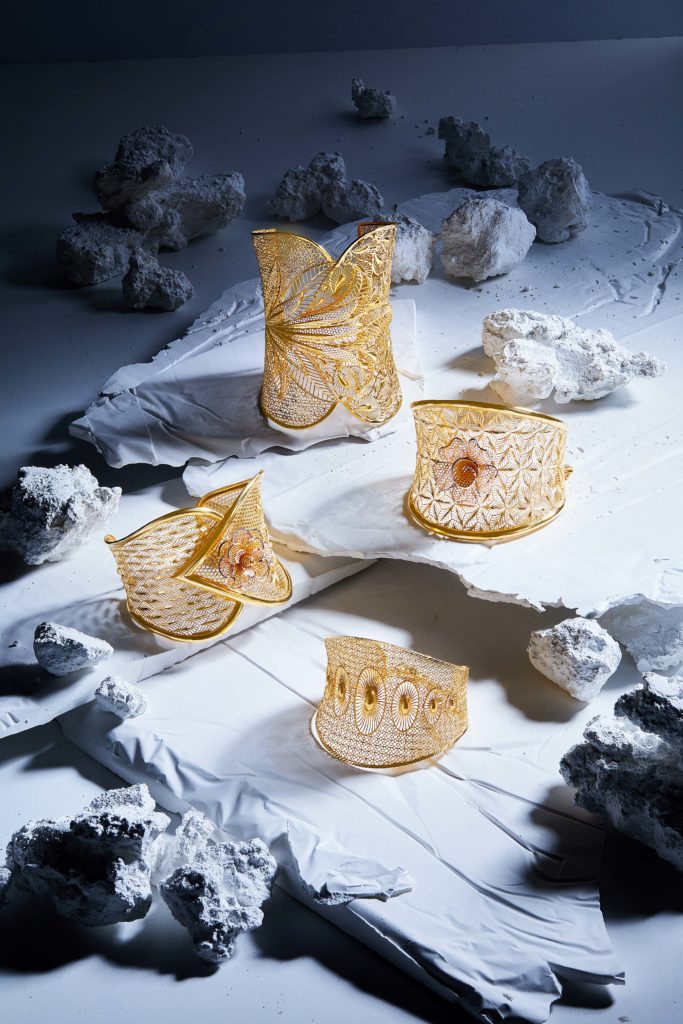 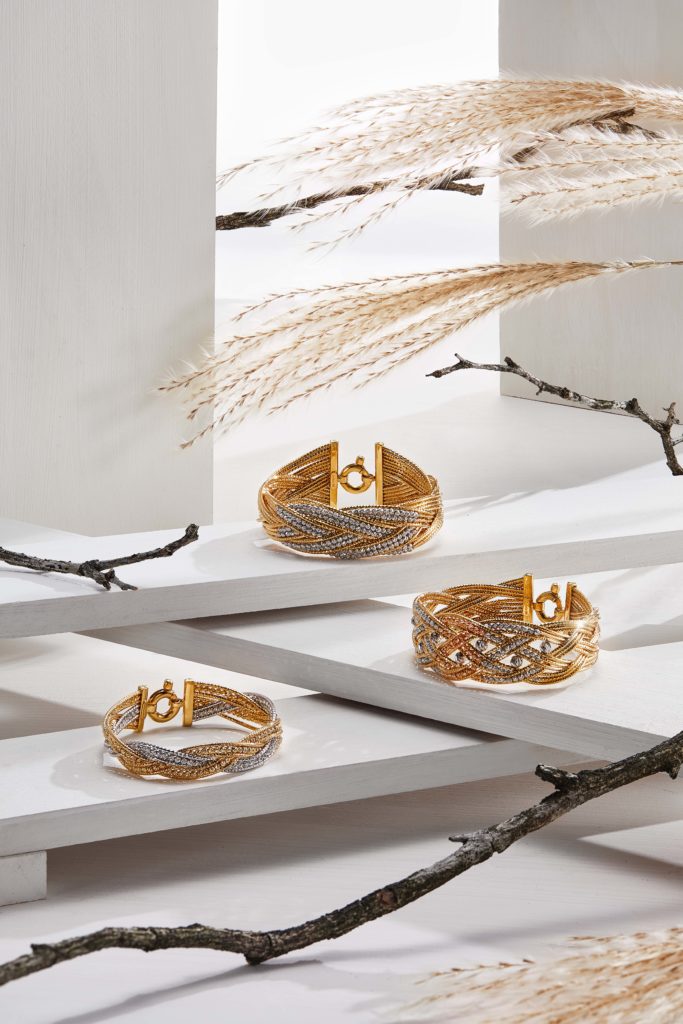 There is more to HABIB than the jewellery it’s best known for. Adding another dimension to the brand, it has gained the trust of some of the world’s notable names to showcase their products, including Hearts on Fire, ‘The World’s Most Perfectly Cut Diamond®’ from the United States, London-based brand Stephen Webster, Danish jeweller Pandora, Les Georgettes by Altesse from France, Tous from Spain, and affordable luxury watch label ICE Watch from Belgium.

HABIB also expanded to other business avenues such as Chantique, a retail pre-loved and antique jewellery, and Ar-Rahnu Express, an Islamic pawn-broking business, and even its first venture in hospitality — the Jewels Hotel in Kelantan, launched in 2011.

More than six decades after its first inception and having built itself a reputation as a premier heritage jewellery brand in Malaysia, HABIB is only going further from here. HABIB places its customers first above all, upholding its tagline ‘Gift of Happiness’ and making customers look and feel good when they wear exceptional jewellery. The onset of COVID-19 has also triggered a wave of digitalisation for the brand, during which HABIB launched its e-commerce platform.

HABIB continues to outdo itself and remains an iconic gem. Its emphasis on the highest quality renders HABIB among the topmost jewellery brands in the country, and having secured for itself a distinguished legacy, the brand is set to take the future in its stride.

The post A closer look into the past, present and future of HABIB appeared first on Lifestyle Asia Kuala Lumpur.