Eight of the highest-paid beauty influencers on social media 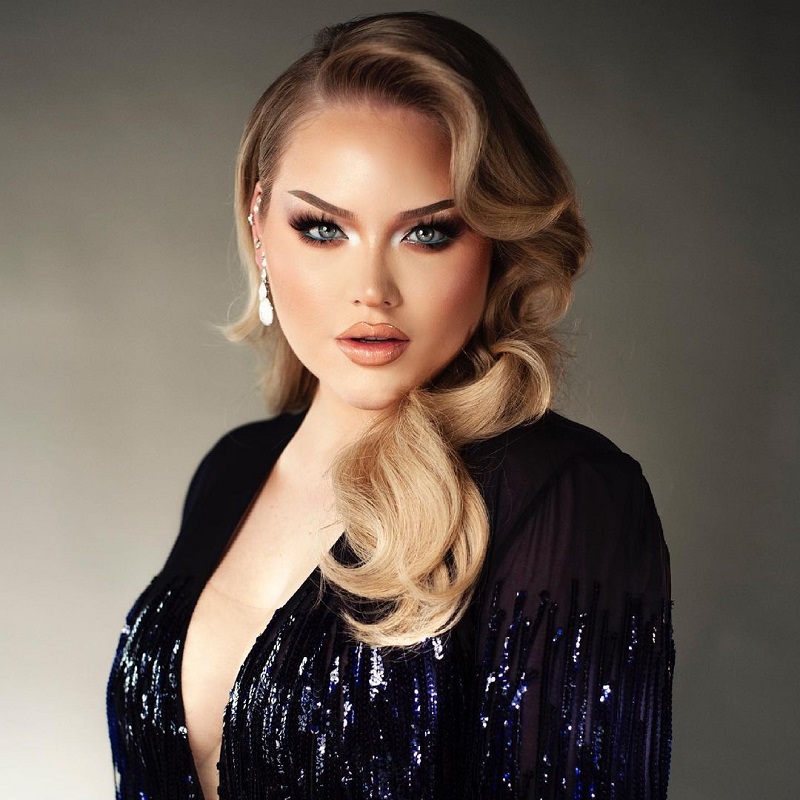 Helpful tips and new techniques on styling your hair, upping your fashion game and improving your skincare regimen have helped some makeup experts become the highest-paid beauty influencers on social media.

With their increasing followers on YouTube, Instagram and TikTok, their fame and revenue, too, have grown. Though some of them started their careers vlogging about beauty on YouTube, most of them generate the majority share of their income on social media from Instagram.

Recently, Cosmetify released its 2021 Beauty Influencer Rich List. Ranking highest is Huda Kattan, followed by several famous names from around the world. Here are eight of the biggest names in the world of beauty and their estimated earnings.

The Iraqi-American is the highest-paid beauty influencer. Renowned as a makeup artist, Kattan founded her brand, Huda Beauty, along with her sisters — Mona and Alya. The entrepreneur now enjoys a phenomenal following on social media, which has helped her cement a place as the most famous beauty influencer.

Huda Beauty has 49.1 million followers on Instagram, which is the largest contributor to Kattan’s revenue among three social media platforms. Earning US$ 158,515 per post, she is also the highest-paid beauty influencer on Instagram.

One of the most prominent beauty influencers in the world, Huda Kattan, talks about products, shares beauty tips and tutorials, and partners with other beauty influencers on her social media accounts. In 2021, Forbes placed her 65th on the list of the wealthiest self-made female entrepreneurs in the US.

Born Bretman Sacayanan, the 23-year-old Filipino beauty influencer earns US$ 51,424 per post on Instagram and has a following of 17.3 million. In the posts, he talks about life, fashion and beauty.

He is equally influential on YouTube and TikTok, netting a cool US$ 14,294 per video and US$ 8,902 per post, respectively. Besides beauty tips, his 8.78 million YouTube followers also love his hilarious cooking episodes with his mother and sister.

His TikTok account has 12.5 million fans, making him one of the biggest beauty influencers on the youth-centric app.

The Hawaii-based beauty influencer was named by Time Magazine as one of the 30 Most Influential Teens in 2017.

Mari Maria is one of the richest beauty influencers on social media. The Brazilian beauty specialist has two official Instagram handles — marimariamakeup, which has 2.1 million followers, and marimaria has 18.5 million followers. While the former is purely dedicated to makeup tutorials and tips, Mari Maria shares glimpses of her personal life on the latter besides notes on how best to take care of your skin.

Instagram is the major source of Maria’s revenue from social media. With estimated earnings per post standing at US$ 56,651, she is among the highest-paid beauty influencers on the platform.

The next highest source of her earnings from social media is TikTok. For every post Mari Maria shares with her whopping 16.5 million followers, she earns US$ 13,100.

She launched her YouTube channel in 2014, which has garnered 9.79 million followers owing to her lessons on beauty and an occasional peek into her personal life. Her estimated earnings per video are US$ 3,122.

Yuya was among the seven women YouTube creators who were named the Change Ambassadors for United Nations’ Sustainable Development Action campaign. In 2017, she became the first female YouTuber to reach 20 million subscribers on the platform.

With 24.8 million subscribers on the video-sharing platform and consistent growth in her reputation, Yuya makes an estimated earning per post of US$ 10,783.

The Mexican beauty vlogger has 16.3 million followers on her personal Instagram account, which is full of fashion, food and all beautiful things about her life, including pregnancy.

Her cruelty-free product line Bailando Juntos has 1.2 million followers on Instagram, which generates estimated earnings of US$ 53,111 per post.

The Mexican beauty vlogger is not on TikTok. Thus, her combined earnings include revenues from YouTube and Instagram only.

Nikkie de Jager’s social media accounts go by the name of Nikkie Tutorials. The Dutch makeup artist is one of the most famous beauty influencers of the time. She began her career as an influencer on YouTube, posting tutorials that help her fans experiment with different looks and styles. As the videos brought her fame, Nikkie began working with prominent brands, labels and celebrities. She has 13.8 million followers on YouTube, which amounts to estimated earnings per video of US$ 4,952.

Like all other beauty influencers on social media, Nikkie earns the highest from Instagram. She makes US$ 48,304 for every post she shares with her 15 million followers on the Instagram page of Nikkie Tutorials. The remaining US$ 2,503 per post comes from TikTok, where she has 3.8 million followers.

One of the highest-paid beauty influencers in the world, Nikkie became even more inspirational for millions of her followers around the world when she came out as a transgender in 2020. The same year, Nikkie was recognised as a UN goodwill ambassador. In 2021, she became the first transgender to host Eurovision Song Contest.

Bethany Mota started vlogging in 2009 on a YouTube channel called Macbarbie07. She soon became one of the highest-paid beauty influencers and today, her namesake channel has 9.72 million subscribers. Besides beauty tips and hacks, there are DIY videos and a special section where her fans get glimpses of her daily life. Her estimated earnings per video are US$ 16,693, the highest among her social media revenue generators.

She also enjoys a following of 4.6 million on Instagram, and her posts on the platform are more intimate. Mota’s fans get a glimpse of her support for social issues and political personalities such as Joe Biden, whom she spoke with a few months before he became the 46th US President. Her earnings per post on Instagram are US$ 15,323.

Mota has 125K fans on TikTok and the numbers are growing. As of now, she makes US$ 136 per post on the platform.

Mota co-founded and co-designed the jewellery line Atom&Matter and has partnered with Aeropostale on a range of clothes and accessories besides a fragrance.

Outside of the world of beauty, she has participated in Dancing With the Stars in 2014 and has also released music on YouTube. She is also the author of Make Your Mind Up: My Guide to Finding Your Own Style, Life and Motavation! — part self-help, part memoir which was published in 2017.

The German beauty influencer has estimated earnings per video of US$ 6,339 from YouTube, where she has 5.91 million subscribers to her channel BibisBeautyPalace. Her Instagram account, which goes by the same name, has 7.7 million followers, and she earns an estimated US$ 25,493 from it. The remaining US$ 43 per post comes from TikTok.

While the Instagram account is mostly about her children, family and daily life, the YouTube channel showcases her interactions with celebrities such as Ed Sheeran and her travels. She also makes beauty tutorials for her fans.

One of the biggest names among beauty influencers, Coelho once worked behind a Dior counter at Macy’s. Today, she sits in the front row of Dior fashion shows and has appeared on the cover of fashion magazines such as Glamour and Harper’s Bazaar.

She has also walked the Met Gala red carpet with Belgian designer Diane von Furstenberg. Her fashion label, Camila Coelho Collection, was launched in 2019 and has been growing rapidly since. Named by Forbes 30 under 30 alumni, she also launched her beauty brand Elaluz in 2020.

On her namesake YouTube channel, the Brazilian-American has 1.26 million subscribers. From product reviews to hairstyles, Coelho discusses everything with her fans and nets estimated earnings per video amounting to US$ 1,569.

She has 9.2 million followers on Instagram, where she posts about the latest in fashion. The platform fetches her an estimated US$ 29,469 per post.