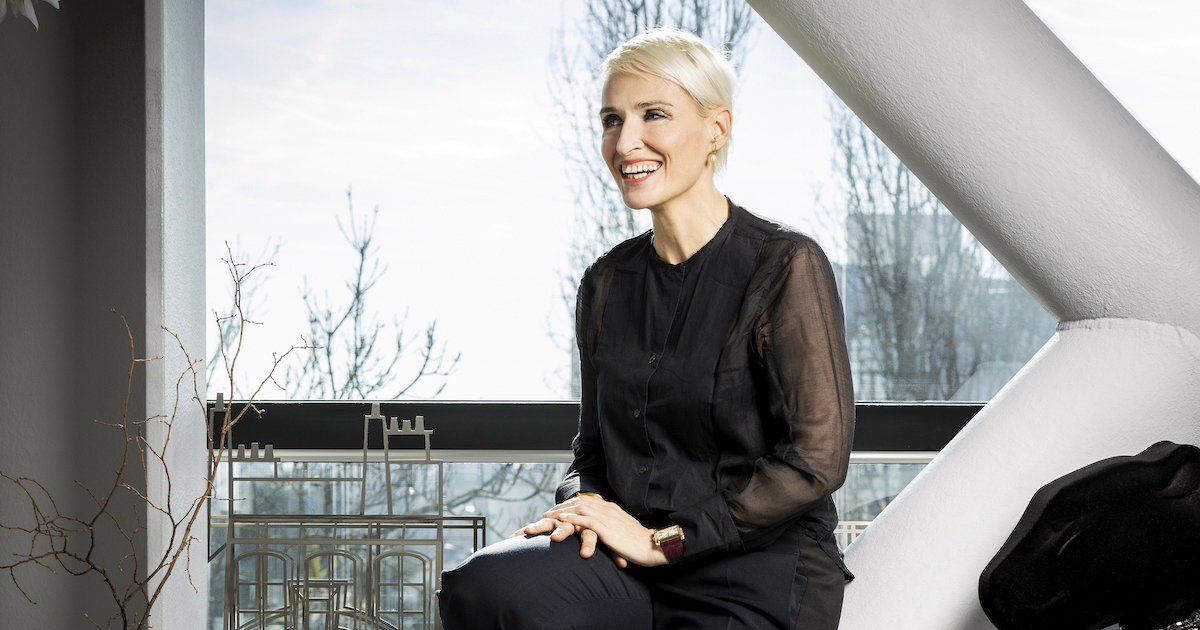 Mathilde Laurent, the nose behind Cartier’s scents, leads the maison’s renaissance of the rose with a collection that redefines its expression. Nafeesa Saini discovers the new interpretations.

The rose is a cornerstone in perfumery, but for Mathilde Laurent, it was never an olfactory favourite. “I never wanted to work with roses. It is a flower that is almost cemented to classicism and boredom,” says the first female in-house nose for Cartier. For years, people had requested her take on the bloom, and she finally acceded to the challenge after deciding she would convey the rose her way.

Laurent was a teenager when she was told that she should be a perfumer. “It’s by a bit of chance, by pleasure and by luck that I became a creator of perfumes.” After experimenting with photography, she delved into the world of olfaction. In 2005, she joined the house of Cartier and created a repertoire of high perfumery successes including the Roadster (2009), La Panthère (2014) and Cartier Carat (2018).

Three of her new haute parfumerie concoctions are radical rejections of gender norms surrounding the nose. Named “I Only Love Wild Roses”, the range defies the romantic archetype of the bloom and its connotations of girlish innocence and submissive femininity.

Pure Rose from the Les Épures de Parfum collection is a raw and authentic embodiment of a naked flower in the wilderness. Made for women who adore men’s fragrances, Oud and Pink from the Les Heures Voyageuses range sensually blurs the lines between the masculine and feminine with the rich woody notes of tropical agarwood. Finally, a fearless punk rose takes shape in the L’Heure Osee from the Les Heures de Parfum collection, which captures the moment when a wild rose blooms.

We caught up with the Parisian to discuss her approach to perfumery and the conception of these three scents, which are exclusively available at Cartier boutiques in ION Orchard, Marina Bay Sands and Ngee Ann City.

What is your most powerful scent memory?

The most moving one is about La Panthère. I never knew my mother to wear a perfume, except towards the end of her life when she wore Cartier’s Le Baiser du Dragon. I didn’t know that she used to wear Femme de Rochas before I was born. When I discovered the scent during my perfumery studies, I fell in love with it. I adored it but did not know why it fascinated me so much. If I could only choose one perfume, it would be it. It is like a perfect work of art.

When I created La Panthère, I developed it as a chypre (based on a mossy, woody accord) like Femme de Rochas. I wanted La Panthère to be a great chypre to epitomise the incredible Jeanne Toussaint, who was Cartier’s artistic director of high jewellery during the early 20th century; and the maison’s icon, the panther. It was only later that I realised the connection between these three fragrances. The perfume I hold dearest to my heart is Femme de Rochas, and that’s why I subconsciously created Panthère the way it is.

What is your philosophy as a perfumer?

The only thing that dictates my choices is my inspiration. Inevitably, this comes from the style, standpoints and ambitions of the maison. One of these ambitions is to show beauty wherever it may be found. This is the mission that Cartier has set itself: to offer beautiful things and elevate the soul of its clients through beauty. I carry out this same research, showing beauty wherever it may be found in perfume. Making people smell beautiful scents whatever they may be, even if that means using unprecedented ingredients. Being beautiful is the only thing that matters.

Describe your creative process in putting together a scent.

I don’t select a perfume from several possible ones. When I create a perfume, I work only on a single one at a time. Before starting on it, I make sure that it perfectly characterises Cartier and reflects the inspiration I have decided on.

For that one single perfume, I select the most harmonious and refined form from my entire process of creation. We can compare this process to the work of a head chef when he creates a dish. He starts from his inspiration and will remake the recipe dozens and even hundreds of times, until the execution is perfect. For a perfume it’s the same thing. I will make 50, 100 and even up to 500 trials sometimes, around the same idea, perfume and ingredients, until I have achieved the perfect harmony.

How do you capture the essence of Cartier and translate it into a fragrance?

In jewellery-making, when you have a wonderful diamond or exceptional stone available, it’s unnecessary to add lots of little stones in every colour as you are already in the presence of a magnificent material. When I create a perfume, I find my inspiration in the ingredient itself, in its purest and rarest version. It dominates the perfume, as present and as palpable as a spectacular stone at the centre of a necklace.

Describe the Cartier rose embodied in this new range.

I chose the rose because people had been asking me for it for years – in a way, it is a big prerequisite in perfumery. For all my time at the maison, I didn’t want to work with roses because I had the impression that I was going to be bored as a perfumer.

To me, the rose is almost not a Cartier flower. It’s too classic, too romantic, too mawkish, too much of a cliché or too commonplace. The flower has always been a symbol of femininity and that bores me. It makes me sad because there are countries where men wear roses, and it represents masculinity and virility. In the end, I said to myself that I could twist it to really show off its beauty.

I wanted to break down this dogma and stamp out this cliché. Since it’s an emblem of classicism, I presented its punk aspect. As it symbolises romanticism, I took the cover off that and unveiled its raw nature. I wanted to show off the rose the way I like it: untreated, androgynous, not gendered and especially not feminine, impertinent, insolent, wild, punk.

What is your olfactory signature that you’d like to be remembered by?

Some use flagship ingredients, and place superfluous things around them, to the point of overdose. Yet, it’s simplicity that creates emotion. While others work with masses of ingredients, I like having soloists surrounded by a choir. Imagine having a quintet and adding a muted melody behind it, or playing an iconoclastic instrument like a synthesiser together with string instruments. I like contrast and binding things that are contradictory from the start.