She became a billionaire this year, slayed at the Met Gala, and now, once again, Rihanna is on our radar. This time, for fronting the new Rimowa campaign.

Rihanna and Rimowa (it has a nice ring to it, doesn’t it?) have joined forces to showcase the latter’s “Never Still” collection, a line of “mobility essentials” like backpacks, crossbody bags and tote bags. The collection, first launched in 2020, marks the the German luxury brand’s efforts to offer more than the ridged, aluminium luggage and suitcases it’s known for.

While Rimowa is not a traditional luxury fashion brand, it has earned its credentials in the world of high fashion through its collaborations with Dior and Moncler. That’s likely what drew Rihanna, known as much for her music as her rule-breaking, trendsetting style, to become the new face of the brand.

The singer has also previously established herself as a fan of the brand when she was spotted at an airport flaunting the limited-edition Rimowa x Off-White Cabin Multiwheel suitcase, designed by Louis Vuitton creative director Virgil Abloh. 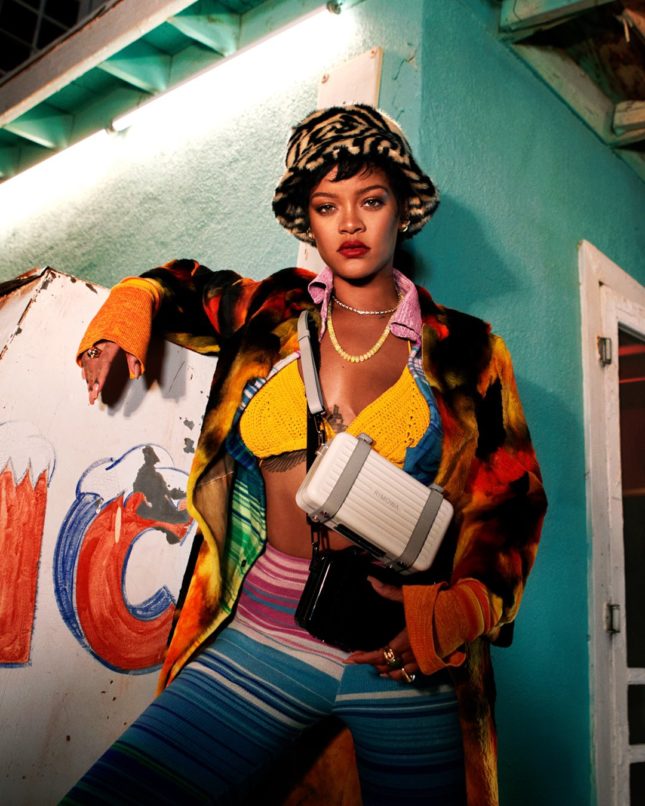 Unsurprisingly, the new campaign with Rihanna is Rimowa’s most fashion-forward one yet, with the images showcasing the newly-minted Fenty billionaire dressed in furry bucket hats — which she’s been spotted wearing countless of times on her dates with ASAP Rocky — beaded necklaces and crochet beachwear ensembles.

With her new role, Rihanna joins a diverse roster of famous ambassadors at the LVMH-owned label, which includes American basketball player LeBron James, tennis star Roger Federer, and rock star Patti Smith. Stay tuned for more campaign visuals to be unveiled. For now, take a closer look at the campaign below, and watch the accompanying video featuring all four celebrities.

The post Rihanna is the new face of Rimowa and stars in the ‘Never Still’ campaign appeared first on Lifestyle Asia Bangkok.