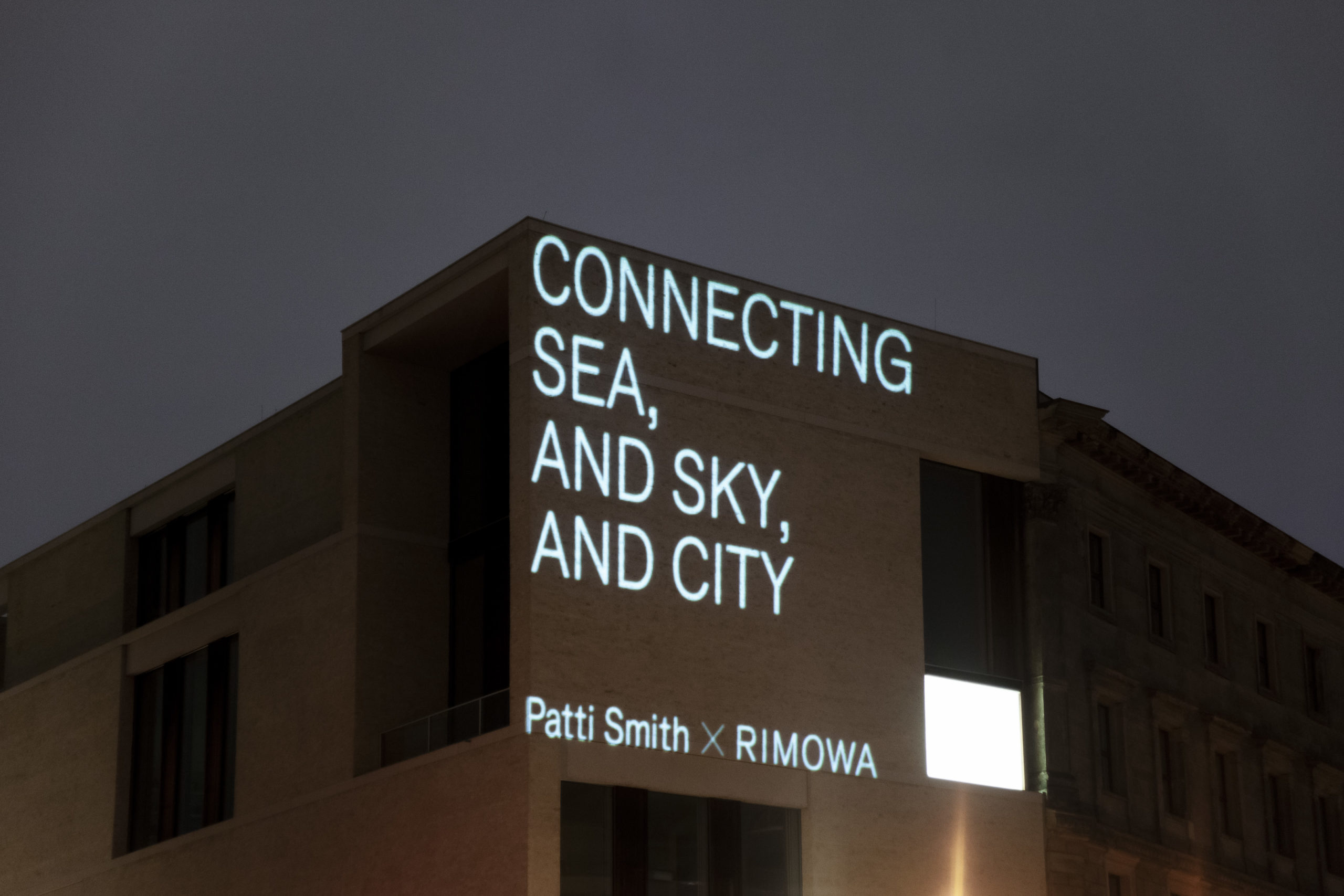 Refreshingly taking on the concept of movement, Rimowa presents a perfect collaboration with award-winning writer and performer Patti Smith for the brand’s latest “Never Still” campaign. The collaboration brilliantly transforms the artist’s words into a verse that (almost literally) moves around the world. Appearing in six renowned travel destinations—Berlin, Paris, Hong Kong, London, Los Angeles, and New York—Rimowa x Patti Smith is an apt celebration and an anthem to Smith’s ‘Never Still,’ as well as the human’s constant need for movement and the role of travelling in life.

Titled The Poem That Moves, the campaign is one that perfectly captures human movement in an innovative word performance unlike anything else. It spreads the words figuratively and physically through places and digital spaces worldwide. Taking over venues like a soundless performer, the poem is broken into excerpts, teasing viewers to piece them together as they appear in night-time projections, playlists, digital billboards and wild postings.

“When pieced together, each local and digital activation becomes part of a global inspiration to continue moving – in whatever form possible.” – Emelie De Vitis, Chief Marketing Officer

In Paris, parts of the poem can be found on a boat cruising along the River Seine, and the placemats of the famous Café de Flore—home to many great writers from eras past, and a café often frequented by Smith herself. Shift to New York, and the excerpts live in digital kiosks, projections and wild postings, while in Los Angeles, the entire poem gets unravelled and lined up in sequence along the city’s Sunset Boulevard.

Head to Europe, and the words move through the crowd on the fold-down seats of London’s iconic black cabs. Meanwhile, in Berlin, several mobile projections and 150 wild postings take on the city. And across the world, friends of Rimowa and its employees will carry the words on their backs as they flit through their days in bespoke ‘Never Still’ tees featuring Smith’s poem.

Not just to read, Rimowa continues its ‘Never Still’ campaign to be enjoyed by listening, too. DJ Jamie xx will take on the momentum with the ‘Never Still’ playlist on Rimowa’s Spotify account in October, which will feature tracks enjoyed during his travels and transits. Users of Spotify in Japan will also be able to generate a customised, automatic playlist based on their daily commute.