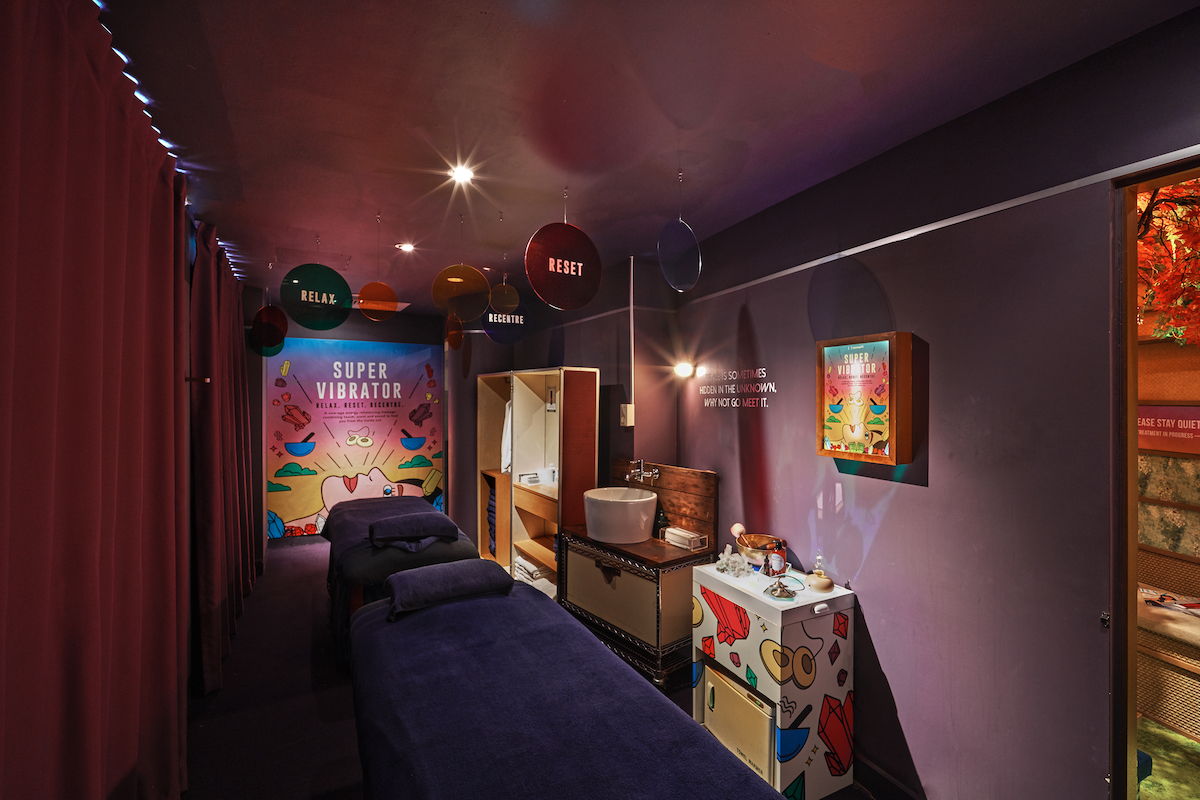 “I believe in positive energy and how it affects us physically and emotionally. I feel centred with such positive energy from the sounds and vibrations emitted from Tibetan singing bowls during yoga and meditation,” says Cynthia Chua, founder of Spa Esprit.

The experience kicks off with a bio-energy reading using the spa’s Emotional Positioning System, a bio-feedback machine that analyses your energy blueprint. Through a multitude of colours, it recognises the strengths and weaknesses of your seven chakras, otherwise known as spiritual energy centres, such as the root, sacral, solar plexus, heart and third eye. The next step involves prescribing a selection of essential oils targeted at your weakest energy centres.

The treatment continues in one of the spa’s private rooms, which is softly lit with tiny LED lights on the ceiling that resemble constellations. While you’re lying on a heated bed, therapist scents the room using the essential oils and “cleanses” the corners by hitting a set of Tibetan Tingsha cymbals six times. This is followed by a deeply relaxing sound bath using a Tibetan singing bowl.

The physical healing begins with traditional Hawaiian Lomi-Lomi massage involving firm, long and fluid strokes. Your limbs also stretched, but not in the manner of Thai-style massages whereby joints are cracked. The legs are lifted, the arms are placed behind the head to relieve tension, while joints are gently rotated to unblock energy flow.

According to Spa Esprit, the vibrations are telling of your energies: “The longer the sound vibrates and resonates through the body and room, the more attuned you are. A shorter vibration means that your body is lacking in harmony, thus absorbing the vibrations quicker as it attempts to rebalance itself.”