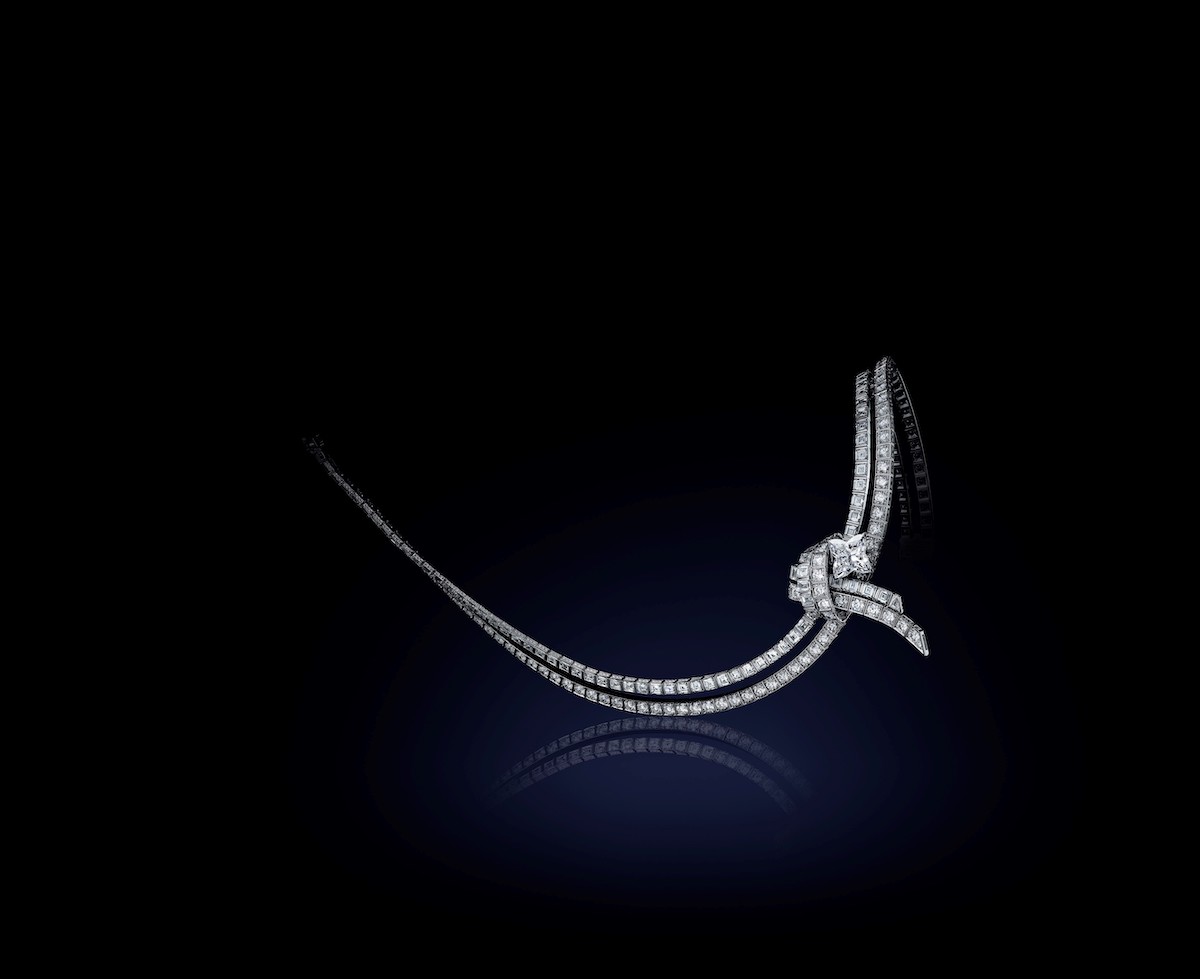 The extraordinary journey and visionary spirit of Louis Vuitton, the maison’s founder who travelled from Jura to Paris to seek his fortune, is metaphorically interpreted as the richly symbolic Bravery high jewellery collection.

Who knew a journey that began on foot would one day be forever immortalised as the finest jewels? Only a house with a truly fascinating heritage could dream of a creative endeavour this singularly brilliant. Of course, we are referring to Louis Vuitton’s new high jewellery collection, Bravery, which is created in honour of the 200th anniversary of its founder’s birth.

Through emblematic motifs adorned with captivating gemstones and precious metals, Bravery tells the incredible tale of Louis Vuitton himself. Born in the Jura area in 1821, he was only 16 when he left home and walked all the way to Paris. The experience inspired Mr Vuitton, who had travelled alongside horse-drawn carriages and trains, to apprentice as a trunk-maker and packer at Monsieur Maréchal. There, he learnt his trade for 17 years before opening his own workshop near Place Vendôme, finding instant success for his craftsmanship and inventiveness.

Some would say the rest is history, but this luxury house is dedicating itself to following in Vuitton’s footsteps to continue making history. “I was surprised that a fashion house like Louis Vuitton was created through the sheer courage of one young man,” remarks Francesca Amfitheatrof, Louis Vuitton’s artistic director for watches and jewellery. 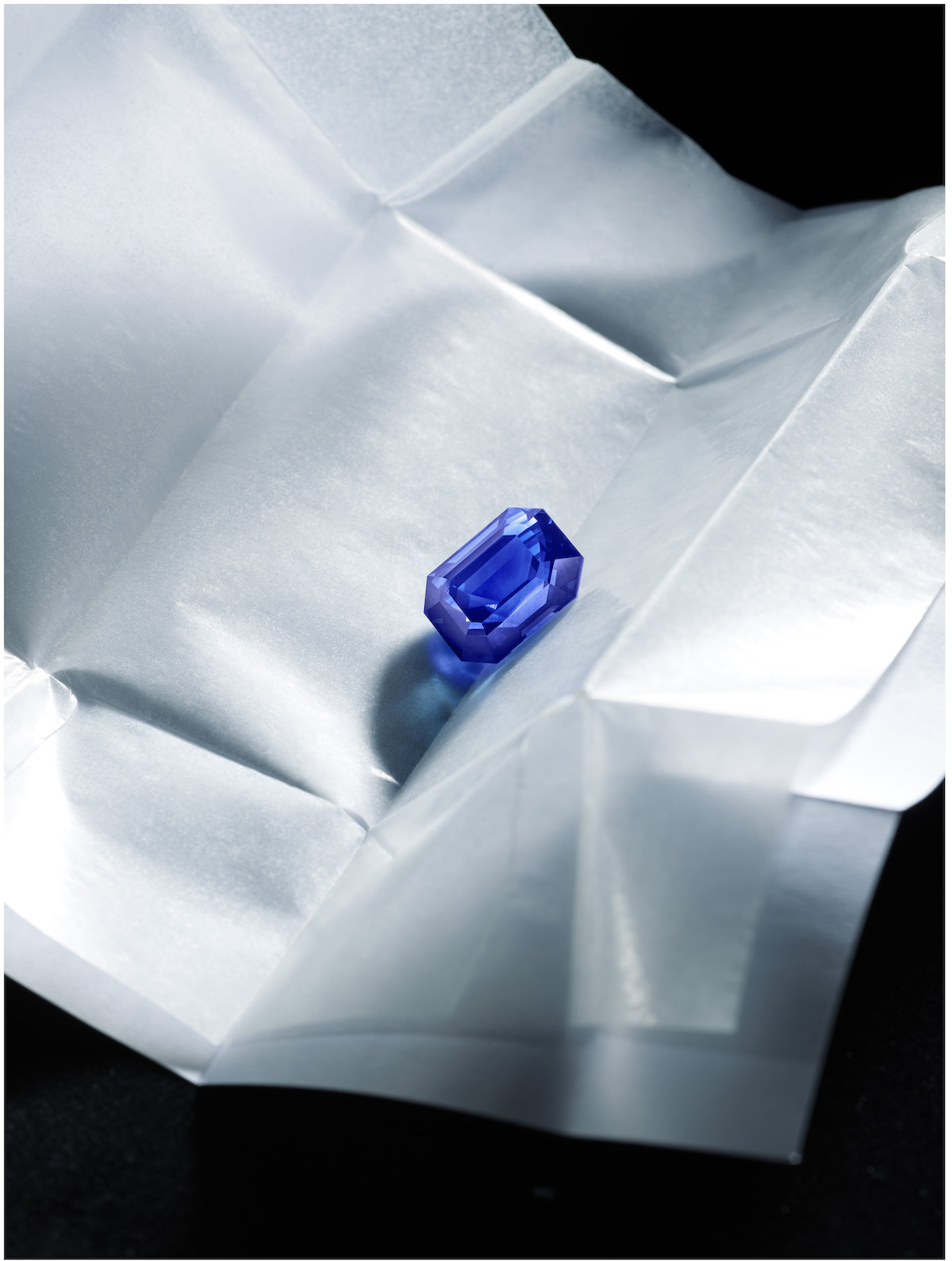 “Driven by his curiosity about the world, he embarked on that incredible journey across France. That’s why we have named this collection Bravery. It’s not a word often used in high jewellery! Yet these notions of determination and adventure are intrinsic to Louis Vuitton, and we wanted to express them through this collection.”

To celebrate and retrace the man’s extraordinary destiny, Louis Vuitton has created 90 masterpieces that showcase Amfitheatrof’s design virtuosity and the exceptional expertise of the artisans from the maison’s Place Vendôme workshops.

Each jewel is a fine demonstration of suppleness and fluidity, while the gemstones featured are rare finds from an exhaustive three-year search across the globe. There are emeralds from Colombia, blue sapphires from Sri Lanka and Madagascar, rubies from Mozambique, and a bevy of luminous diamond beauties. Drawing out their full allure is an exemplary repertoire of jewellery-making savoir faire, with special attention paid to the made-to-measure bezels and settings. And tying all these elements together are eight themes that symbolise Mr Vuitton’s legacy.

Both a metaphor for Mr Vuitton’s journey and a literal interpretation of the first letter of his surname, the arrow has actually already been adopted as a personal emblem by Gaston-Louis Vuitton, the founder’s grandson. Diagonally pavé-set as a three-coloured pattern of rubies, blue sapphires and diamonds, the motif takes centre stage on the Arrow Necklace. Curling around the hollow of the neck like an ultra-precious scarf, it flaunts a 2.61-carat D-colour IF Type 2A LV Monogram Flower-cut diamond and a royal blue Sri Lankan sapphire of over 26 carats at the tip like a drop pendant. It may be worn in three different ways, and is part of an entire parure that also includes a solitaire ring crowned with an extremely rare velvety-blue, 18.62-carat sapphire. 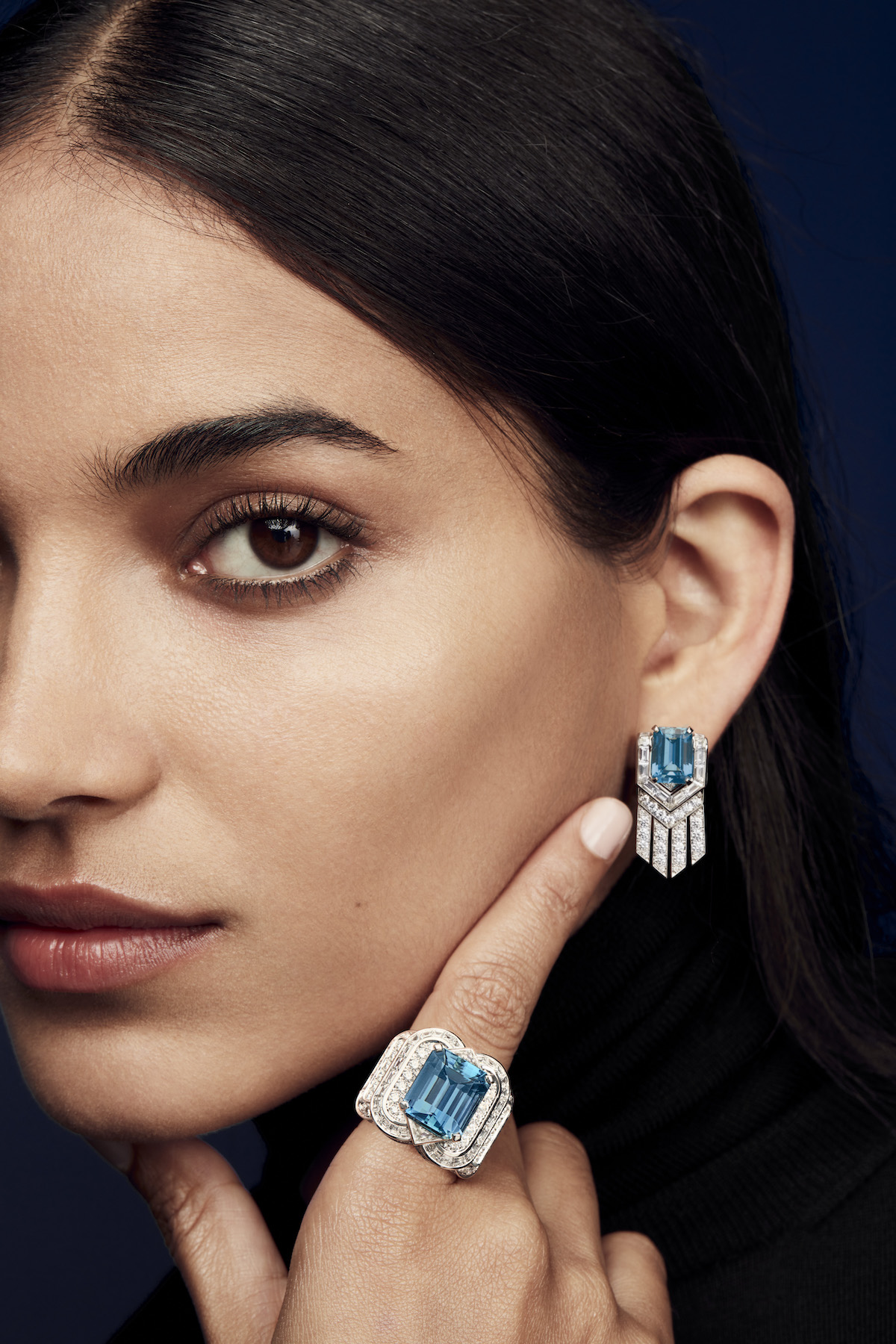 Invented in 1890 by Louis Vuitton, the unpickable Tumbler lock makes its grand debut in high jewellery. Adorned with large, emerald-cut aquamarines and diamonds of different cuts, the bracelets, earrings and rings look as contemporary as they do ethereal. On the showpiece necklace, an off-centre diamond-set clasp inspired by Le Tumbler takes pride of place, alongside a Santa Maria-type cerulean aquamarine weighing over 24 carats, and a confection of more than 130 rainbow-coloured gems such as citrines, tourmalines and amethysts. Taking the form of a latticed jewel that wears like second skin, Le Passion is inspired by the malletage pattern that lines the interiors of trunks, and is also one of Francesca Amfitheatrof’s signature designs. This parure flaunts diamonds and rubies on an articulated white gold construction, and includes a cuff bracelet flaunting three oval-cut rubies weighing 4.9 carats, 11 LV Monogram Star-cut diamonds, 16 more rubies, as well as diamonds of various cuts. There is also a necklace, two rings and clip earrings.

Representing the roads and forests over Mr Vuitton’s 400km trek is the L’Aventure motif of alternating emeralds and diamonds. The bright green of the 18.47 carats of Colombian emeralds – which took two years’ research to gather – is combined with three rows of platinum, yellow gold and white gold that are entirely pavé-set with diamonds. A marvellous technique here is the Damier chequerboard stone marquetry, which presents four different settings on each circular link. Set as drop pendants are a 5.21-carat D-colour flawless pear-shaped diamond, an LV Monogram Flower diamond and a brilliant-cut one. Requiring 1,600 hours to accomplish, this necklace can be worn in six different ways, and is complemented by three rings, a bracelet and two pairs of earrings.

The various Louis Vuitton trunk-making signatures, such as the Damier canvas pattern, studs and motifs inspired by trunk locks, the rope and the LV Monogram Flower are all encapsulated here in the Le Mythe set. The transformable necklace, which can be worn in 12 ways, features a variety of diamond settings enhanced by three sugarloaf cabochons: a 19.70-carat Sri Lankan royal blue sapphire, an 8.64-carat deep green Colombian emerald and a velvety-blue 7.11-carat Madagascan sapphire. It took over 1,300 hours of work to make, and matching it are bracelets, rings and pendant earrings.

A tribute to the birth of Louis on Aug 4, 1821, this theme references a celestial constellation only visible at that time of year, and is interpreted as a beguiling, organic composition of stones. The key piece is the La Constellation d’Hercule necklace, whose gold mountings have been dramatically reduced to the bare minimum to show off the hypnotic sparkle of the 209 carats of tanzanites, 50 carats of Australian opals, 34 carats of tsavorites, along with LV Monogram Star- and Flower-cut diamonds. The gems are held in place by a supple diamond-set rope, which is reminiscent of those once used on trunks. There are also three rings, two pairs of earrings and a brooch.

Expressing Mr Vuitton’s innate strength and conviction is this rope-and-knot motif that evokes what he used to carry luggage as a young man, and is at the same time reminiscent of interlinked DNA chains. This necklace is an impressive demonstration of the craftsmen’s finesse – for they essentially created a flexible, sensuous rope out of white gold, which is set with 2,000 brilliant diamonds and dangles with tassels made of LV Monogram Star-cut diamonds. A selection of bracelets, earrings, chokers and rings completes this monochromatic range.

Shining its guiding light for Mr Vuitton on his adventure is the “good star”. Simple yet distinctive and sophisticated, the graphic depiction of La Star du Nord looks set to become yet another Louis Vuitton high jewellery classic. The necklace features two rows of scintillating diamonds anchored by a knot in white gold, which is accented by a Monogram Star-cut D-colour IF Type 2A diamond of 10.07 carats that can be worn as a ring. The epilogue of Bravery, this parure – including matching earrings, a ring and a bracelet – conveys a sense of hope for the future.

(All images of Bravery courtesy of Louis Vuitton)

This story first appeared in the September 2021 issue of Prestige Singapore.