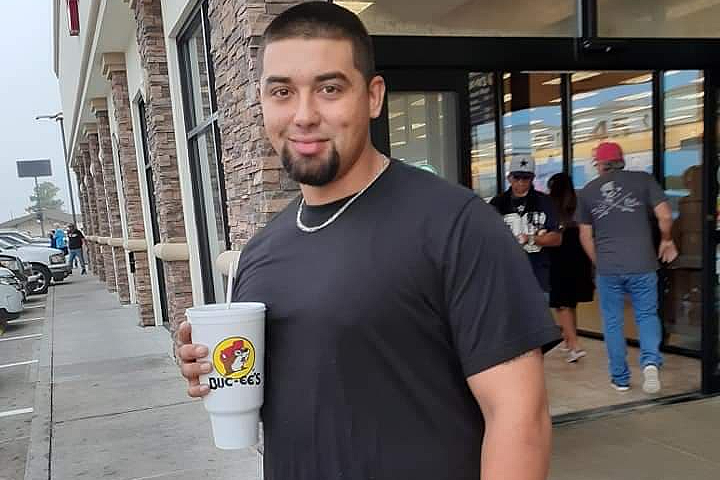 Houston Police Chief Art Acevedo presented video footage while announcing the decision at a press conference. Body cameras showed 27-year-old Nicolas Chavez, who had already been shot and was bleeding, kneeling on the ground and grabbing a stun gun that had been dropped when the four officers shot him.

Acevedo said although Chavez had picked up the stun gun, the officers had plenty of time to back up and take cover. Investigators later determined the stun gun Chavez grabbed was empty. Both of its cartridges had been discharged. The officers indicated they weren’t aware it was empty at the time of the shooting, Acevedo said.

Chavez was already injured, having been hit by gunfire earlier in his standoff with police. Officers had also fired bean bag rounds and stun guns at him before he was killed, Acevedo said.

“Quite frankly, its inexplicable to me when they had plenty of opportunity to back up and continue to be doing what they were doing for them to stay the line and shoot a man 21 times,” Acevedo said. “I cannot defend that. Chavez was not a threat to the 28 officers who were at the scene,” he added.

An autopsy showed that Chavez had 29 total entry and exit wounds. Many of those were the results of bullet fragments created when rounds hit the pavement and broke apart. It also showed he had methamphetamine, amphetamine and ethanol in his system.

Leaders with the Houston Police Officers’ Union denounced the firings. They said the officers followed their training and tried to de-escalate the situation. However, they were forced to shoot Chavez when he pointed the stun gun at them.

“It was clear … these officers did not want to shoot Mr Chavez. They did everything in their power not to,” said union president Joe Gamaldi.

Leantha Chavez, Nicolas Chavez’s mother, said she was pleased that the officers had been fired. “However, it doesn’t change how my heart feels. It’s very hard to be happy and sad about something so tragic,” she said. “Now it’s time to move on to the next step, which is charging them,” she added.