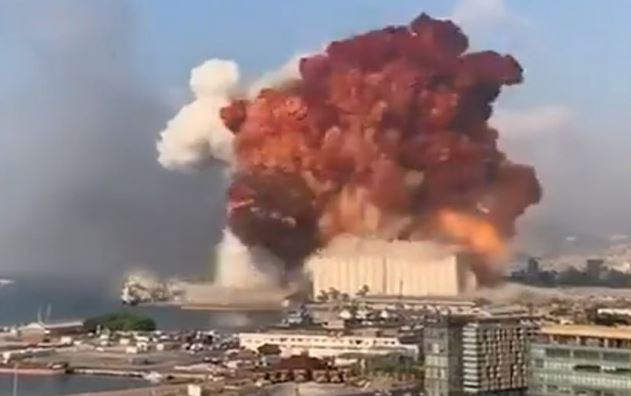 Beirut: Lebanon’s main grain silo at Beirut port was completely demolished in a blast along with the wheat inside, leaving the nation reeling under a serious food security crisis. Lebanon now has less than a month’s stock of the grain although other vessels with supplies are on the way, the economy minister Raoul Nehme said Wednesday.

The economy minister stressed that the country needed reserves for a minimum of three months to ensure food security and was looking at alternative storage areas.

Factfile on the Beirut explosions.

The huge blast at Beirut port that devastated entire neighbourhoods of the city has killed more than 100 people and injured over 4,000, the Lebanese Red Cross says@AFPgraphics pic.twitter.com/Orbs0SwCRl

He said reserves now stood at “a bit less than a month”.

The explosion was the most powerful ever to rip through Beirut, leaving the port district a rampage of mangled masonry and disabling the main entry port for imports to feed a nation comprising of more than 6 million people.

The Beirut silo had a capacity of stocking 120,000 tonnes of grain, said Ahmed Tamer, the director of the port of Tripoli, Lebanon’s second biggest city.

Lebanon’s second biggest port, the Tripoli port, is not equipped with grain storage facilities but wheat could be transferred to warehouses about 2 km away, he said.

At the time of the blast, the Beirut silo held no more than 15,000 tonnes of wheat as some millers had unloaded cargoes directly because of a delay in issuing letters of credit for payment, Ahmed Hattit, the head of the wheat importers union, told the local Al-Akhbar newspaper.

Earlier, Russia’s emergency officials said the country will send five planeloads of aid to Beirut after an explosion in the Lebanese capital’s port killed at least 100 people and injured thousands Tuesday.

Russia’s Ministry for Emergency Situations will send rescuers, medical workers, a makeshift hospital and a lab for coronavirus testing to Lebanon.

France, Jordan and other countries also say aid is on the way.