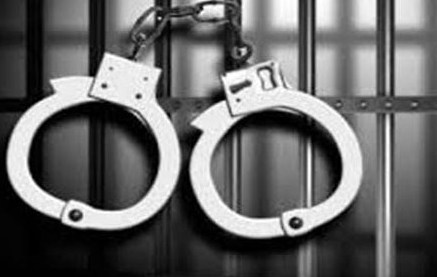 New York: An American who wanted to go to Pakistan to become an executioner for the Lashkar-e-Taiba (LeT) terrorist organisation has been sentenced in a US federal court here to 15 years in prison.

Federal Judge Ronnie Abrams sentenced Tuesday Jesus Wilfredo Encarnacion, who had admitted before the judge in January to “attempting to provide material support” to the LeT, which carried out the 2008 Mumbai attacks that killed more than 170 people.

“Encarnacion plotted to travel abroad, to join and train with Lashkar-e-Tayyiba, infamous worldwide for the jihadist murder of innocent civilians, and to carry out shootings, bombings, and beheadings in behalf of that terrorist the organisation,” said Audrey Strauss, the acting federal prosecutor in New York, after the sentencing.

Encarnacion, 30, was arrested by the Federal Bureau of Investigation (FBI) at New York’s JFK Airport in February last year when he tried to take a flight to Europe on his way to Pakistan to join the LeT.

He and his LeT recruiter Michael Kyle Sewell had been tracked by undercover FBI agents or informants, who recorded their interactions, which were introduced in court filings obtained by IANS.

Sewell was only 18 years at that time and has been sentenced in September to 20 years in prison for his role in the conspiracy.

In the filings in the Encarnacion case, Sewell is not identified by name, but by comparing those with documents in his case in a Texas federal court IANS was able to connect them.

Court documents show that Encarnacion is a new convert to Islam.

A chilling portrait of Encarnacion, who used the identities ‘Jihadistsoldgier’, ‘Jihadinhear’, ‘Jihadinheart’ and ‘Lionofthegood’, emerges from the transcripts of interactions between him, Sewell and undercover federal agents.

Encarnacion said, “I want to fight. I want to execute. I want to behead,” and pleaded, “Please. I want to kill on video. Terrify our enemies.”

Encarnacion wrote to an undercover government employee: “You guys are against India. I read up on ya. You are beefing with India over Muslim land. I (expletive) hate Hindus. They can go to hell and I’m going to help you.”

“Will I live in Pakistan? I want to fight. I want to execute. I want to behead,” he wrote.

In a transcript Encarnacion said: “Kuffar treat me bad,” but does not further identify the ‘Kuffar’ or what they did.

He initially wanted to join the Islamic State terrorist organization, but Sewell directed him to the LeT, presciently predicting the doom of IS.

“There is no point in fighting for them. They have no territory,” Sewell told him suggesting he join the LeT that has Pakistan’s backing.

According to a court document, Encarnacion has described himself as a Dominican. But it was not apparent if he was an immigrant from the Caribbean nation of Dominican Republic or had been born in the US.