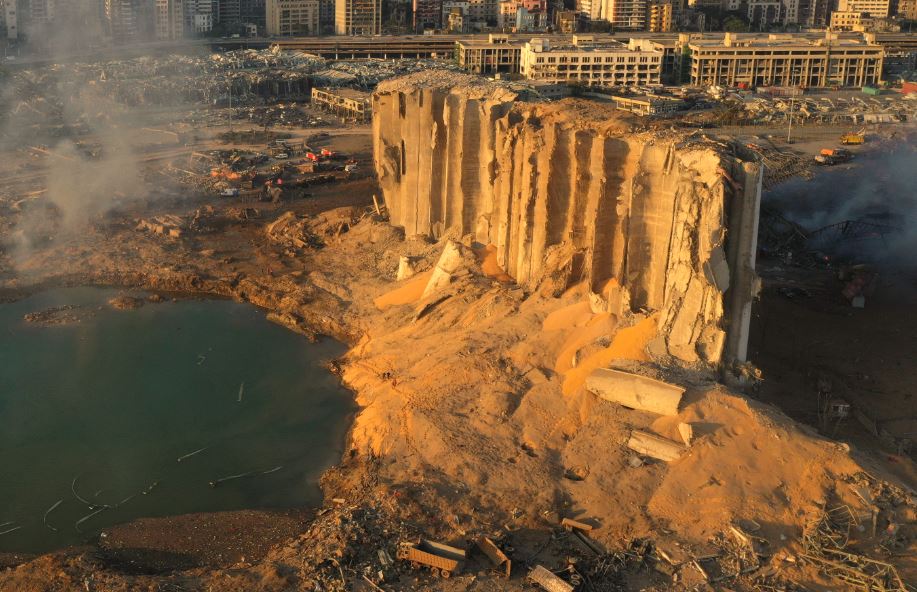 United Nations: The Port of Beirut, which was hit by two massive explosions August 4, has become temporarily operational, a UN spokesman said.

More than 1,000 tonmes of goods, including iron and wheat, were also offloaded.

“We, along with our partners, are continuing to provide emergency humanitarian assistance and conduct assessments,” Dujarric said.

Lebanon imports about 85 per cent of its food.

Although the government has announced a two-week lockdown, which will come into force on Friday until September 6, due to the Covid-19 pandemic, “all relief and aid work in the aftermath of the Beirut explosion will be allowed to continue”, he said.

Since the explosions that killed 177 people and injured thousands others, the UN Refugee Agency helpline has received more than 6,000 calls with more than 500 direct referrals for refugees in need of assistance, Dujarric said.

It is providing psychosocial support, emergency cash, shelter kits and follow-ups on any issues related to child protection or sexual and gender-based violence.

The UN Women agency has another dedicated, safe phone line for women and girls at risk or who are experiencing gender-based violence in areas impacted by the explosions, the spokesman said. The agency has received dozens of calls.

The agency and its partners will also carry out a gender assessment later this month.

The spokesman said access to water is another critical issue in Beirut, with more than 680 households in need of water tanks.

Water is being trucked in while some buildings already have been re-connected to water supply.