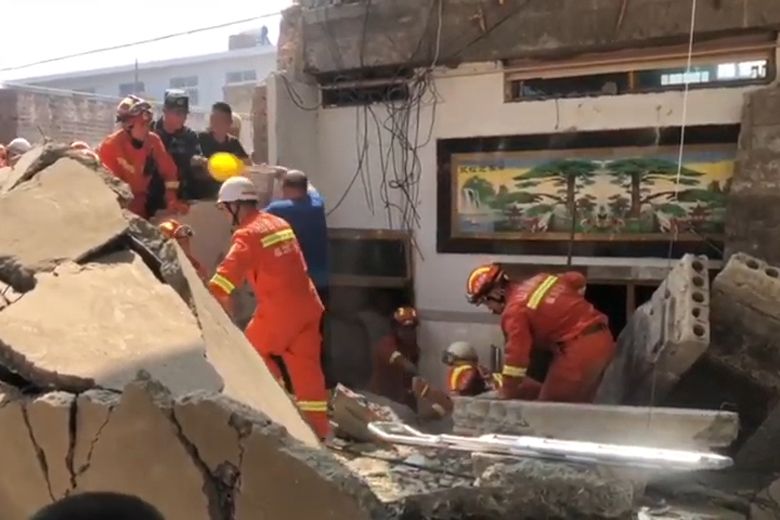 Beijing: Twenty-nine people were killed and 28 others injured after a village restaurant collapsed during an 80th birthday celebration for a resident in north China’s Shanxi province, local authorities said Sunday.

The accident happened at around 9.40 am on Saturday when relatives and fellow villagers were attending the birthday party at Juxian restaurant in Chenzhuang village in Xiangfen county, according to the rescue team.

The rescue work was completed in the early hours of Sunday.

A total of 57 people were pulled out of the debris of the collapsed two-story building.

Twenty-nine of them were confirmed dead, seven were severely injured and 21 others suffered minor injuries, state-run Xinhua news agency reported.

The Work Safety Committee of China’s State Council will supervise the investigation into the collapse, the committee said in a statement.