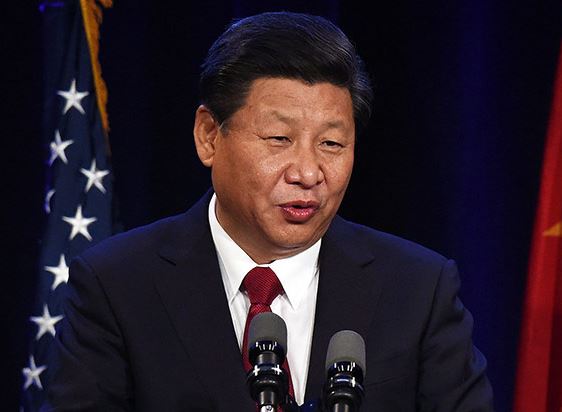 Taipei/New Delhi: China Friday threatened to conduct a “military mission” anytime from now till September 4 in the north of the Taiwan strait, provoking Taipei to warn Beijing against any attempt to annex the democratic island nation.

Global Times, the mouthpiece of the Xi Jinping government, said that China’s Maritime Safety Administration had announced that it was going to conduct a “military mission from Friday to September 4 in the Bohai strait and northern Yellow Sea”.

The Global Times also claimed that China had “expelled” and destroyed the US spy plane U-2, which flew in the Chinese-designated “no-fly zone” on Tuesday when China was conducting a live-fire naval drill in the Bohai Sea off its north coast.

Ridiculing the US, the Global Times in a sarcastic piece wrote: “China’s military museum invited US pilots to visit the U-2 wreckage following their recent trespassing into China’s no-fly zone, which is applauded by Chinese netizens. Some said that it is ok if the US wants to provide more exhibits.”

Taking strong offence to the Chinese threats, Taiwan’s President Tsai Ing-wen on Friday vowed to defend the island with a “solid” air force while unveiling the island’s US-backed maintenance centre for a fleet of upgraded F-16 fighters.

“It takes solid defence capability, not bowing and cringing, to defend the sovereignty of the Republic of China and maintain regional peace and stability,” Tsai said at an event in the central city of Taichung.

However, US media reports said that China had fired four medium-range ballistic missiles during a series of military exercises this week.

In response to the increased militarisation of the South China Sea, the US on Wednesday imposed an unprecedented visa ban on the Chinese Communist Party (CCP) regime, People’s Liberation Army and their businesses.

“The Covid-19 pandemic has exposed the risks of over-reliance on one country or supplier for critical materials, such as medical supplies and pharmaceuticals, and for industries that are of strategic importance to shared economies,” Christensen said.

Washington, he said, aims to diversify and bring supply chains closer to the end users, and ensure that countries like China do not hold supply chains hostage for political purposes.

On Wednesday, Chinese company Huawei lost a significant lawsuit over technology licensing in a landmark case in the Supreme Court of the UK. Huawei was accused of infringing intellectual property belonging to the US company Unwired Planet, which had acquired patents covering wireless connectivity from Ericsson.

In 2017, a high court in the UK had ordered the Chinese company to pay a global licence fee for infringing two UK patents. Huawei had appealed against the verdict in the Supreme Court, arguing that it should only pay license fees for the technology in the UK and not on its global sales.

The apex court dismissed Huawei’s appeal on Wednesday, at a time when Huawei is already under fire for its alleged links to the Chinese government. It has been banned by the UK government from supplying new kit for UK’s 5G mobile phone networks from next year, in view of national security concerns.