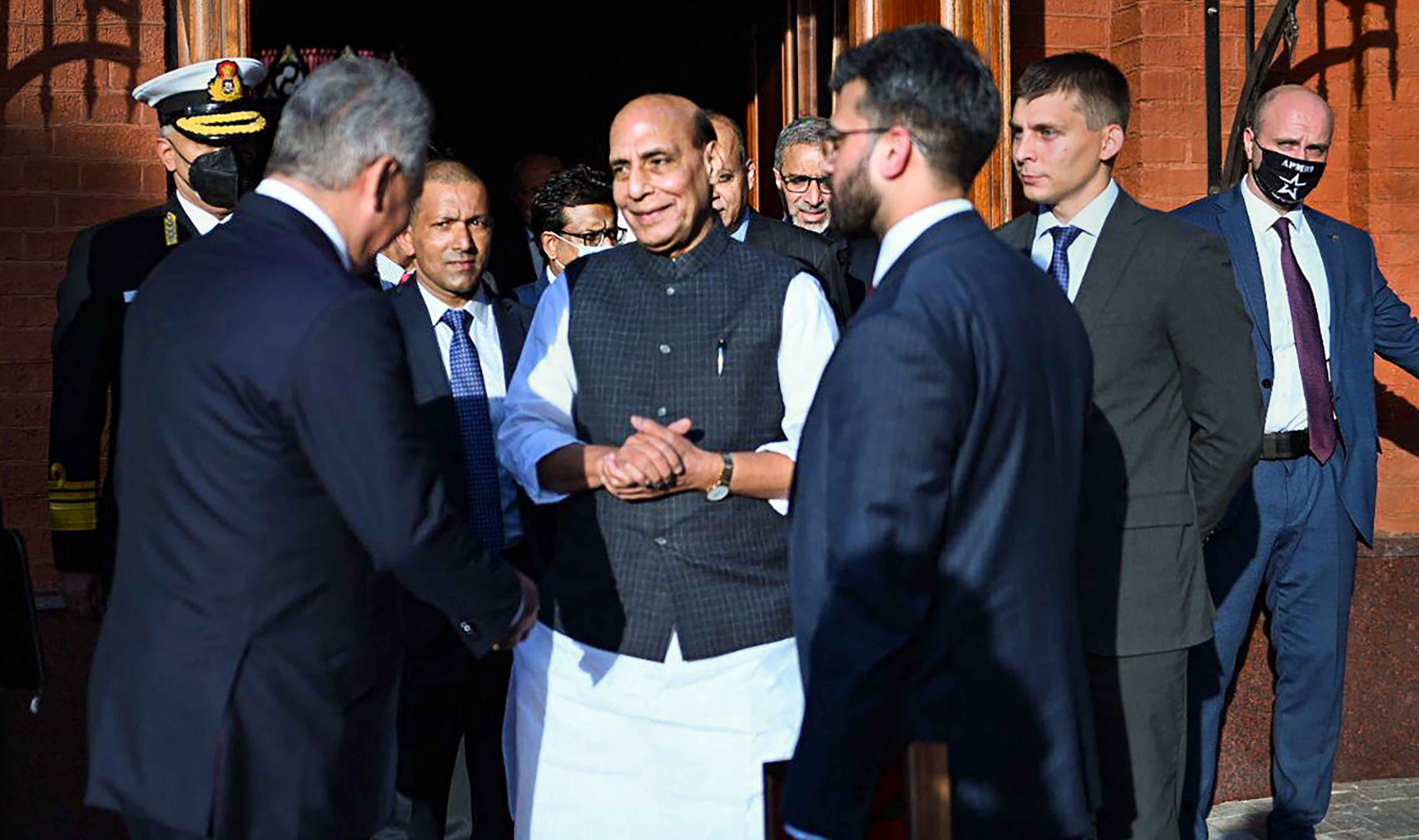 New Delhi: Eastern Ladakh is in the midst heightened tension in the last few days. In these citcumstances, Defence Minister Rajnath Singh is likely to hold talks Friday evening with his Chinese counterpart Wei Fenghe in Moscow. Rajnath Singh’s talks will take place on the sidelines of a ministerial meet of the Shanghai Cooperation Organisation (SCO). This information was given by government sources here Friday.

It will be the first high-level meeting between the two sides after the border row escalated in eastern Ladakh in early May. Prior to that though, External Affairs Minister S Jaishankar held telephonic talks with his Chinese counterpart Wang Yi on the row.

Singh and Wei are in Moscow to attend a meeting of the SCO defence ministers Friday.

The sources said the meeting has been requested by the Chinese defence minister. “The meeting is likely to take place,” said a source.

Indian and Chinese troops are engaged in a bitter standoff in multiple places in eastern Ladakh.

Tensions flared up in the region after China unsuccessfully attempted to occupy Indian territory in the southern bank of Pangong lake. The incident  took place five days back when the two sides were engaged in diplomatic and military talks to resolve the festering border row.

India occupied a number of strategic heights on the southern bank of Pangong lake and strengthened its presence in Finger 2 and Finger 3 areas in the region to thwart any Chinese actions. China has strongly objected to India’s move.

India has also rushed in additional troops and weapons to the sensitive region following the Chinese attempts.

Army Chief Gen MM Naravane is currently on a two-day visit to Ladakh to carry out a comprehensive review of the security situation.