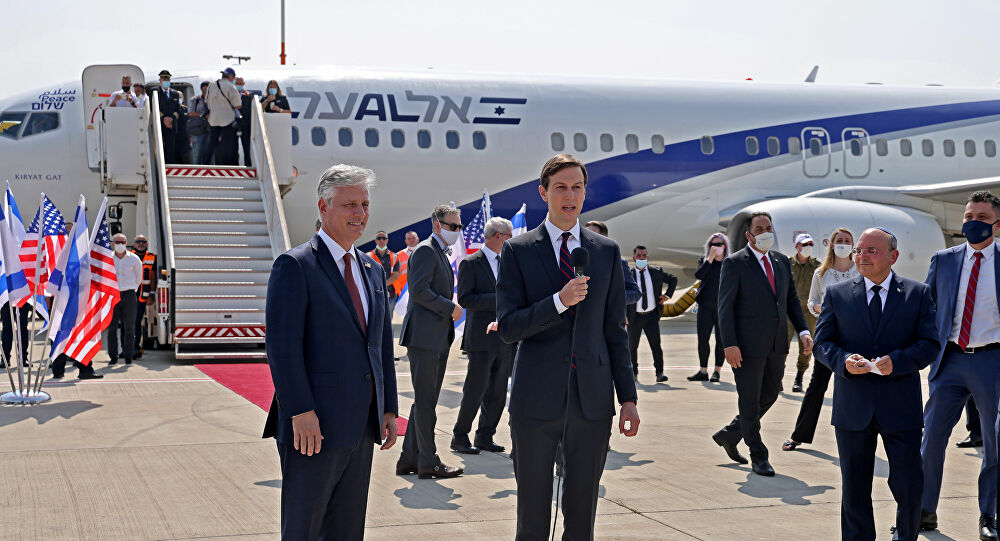 Tel Aviv: The first historic commercial flight between Israel and the UAE left Monday for Abu Dhabi. The historic flight left from the Ben-Gurion airport here. The historis flight took place after the normalisation of relations between the two countries under US mediation.

Israel and the UAE announced August 13 that they were establishing full diplomatic relations. It was a US-brokered deal that required Israel to suspend its plan to annex parts of the West Bank.

The development is being seen as a major breakthrough. This is so because the Israeli national carrier, ‘El Al’, is likely to fly over the Saudi airspace. It is being interpreted by analysts as acceptance of Israel by the Gulf countries in general. It can also be a precursor and a probable normalisation of ties with some of the other ‘friendly countries’ in that region.

Kushner spoke to reporters just befor the take off. “We hope this will start an even more historic journey…this is a very hopeful time. I believe that so much peace and prosperity are possible in this region and around the world,” said Kushner.

Ben-Shabbat said Israel’s goals for the trip are to ‘reach a joint work plan to promote ties in a broad range of areas. It includes tourism, innovation, health and much more’.