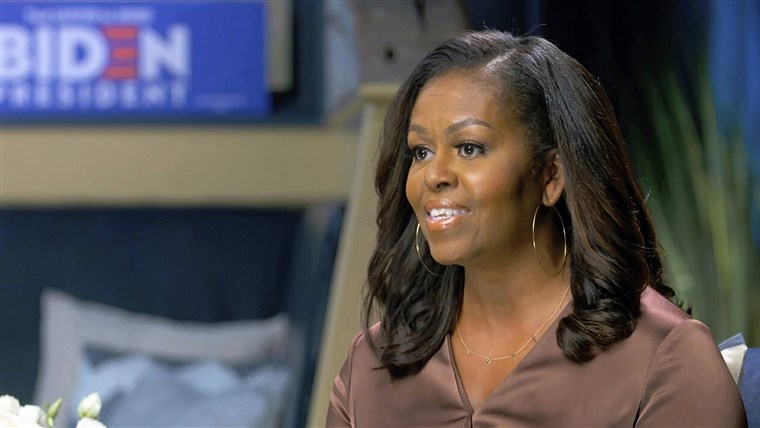 Washington: All set to script history by nominating Indian-origin Senator Kamala Harris as the vice-presidential candidate, the Democratic National Convention kicked off Monday night. The Democratic Convention gave the call to unite the ‘deeply divided’ country. It also said that President Donald Trump must be defeated in the presidential election.

Leading the charge was former first lady Michelle Obama who ripped through Trump. She said he is the ‘wrong president for our country’ who is ‘clearly in over his head’.

“We live in a nation that is deeply divided. I am a Black woman speaking at the Democratic Convention,” Michelle said in her video address. The convention is being held virtually in view of the deadly spread of coronavirus. The disease has so far killed over 1,70,000 people in the United States (US) and infected 5.4 million others.

“If we have any hope of ending this chaos, we have got to vote for Joe Biden like our lives depend on it,” Michelle said. She concluded the first day’s proceedings of the convention whose theme was ‘We the People’.

The convention would formally nominate Biden, 77, as the party’s presidential candidate. It will also nominate Kamala Harris, 55, as his running mate in the November 3 election.

Harris is the first ever Black and first ever Indian-American and African- American to be nominated as a vice-presidential candidate. She made a few brief appearances during the first night. “We all ran for president motivated by the same reasons,” said Harris. She is scheduled to address the convention on Wednesday.

“On the other side, Donald Trump does not understand who we are as Americans. He really doesn’t,” Harris said in brief remarks. Speaker after speaker at the convention slammed Trump for his policies, which they alleged has divided the country.

Also read: Kamala Harris opens up about her Indian roots; here’s what she said

The sharpest attack came from Michelle. “So let me be as honest and clear as I possibly can. Donald Trump is the wrong president for our country. He has had more than enough time to prove that he can do the job but he is clearly in over his head,” she said. “He cannot meet this moment. He simply cannot be who we need him to be for us,” Michelle added.

“If Donald Trump is re-elected, all the progress we have made will be in jeopardy,” former presidential candidate Senator Bernie Sanders said. He accused the president of being negligent to the pandemic which has resulted in job loss to 30 million.

In a major embarrassment to the Republican Party (Trump’s party), former GOP Governor John Kasich said that America is at a crossroads.

“The stakes in this election are greater than any in modern times. Many of us have been deeply concerned about the current path we’ve been following for the past four years. It’s a path that led to division, dysfunction, irresponsibility, and growing vitriol between our citizens,” Kasich said.

Meanwhile, Trump’s election campaign has described the DNC as a Hollywood-produced infomercial which failed to hide the radical-leftist takeover of Biden.