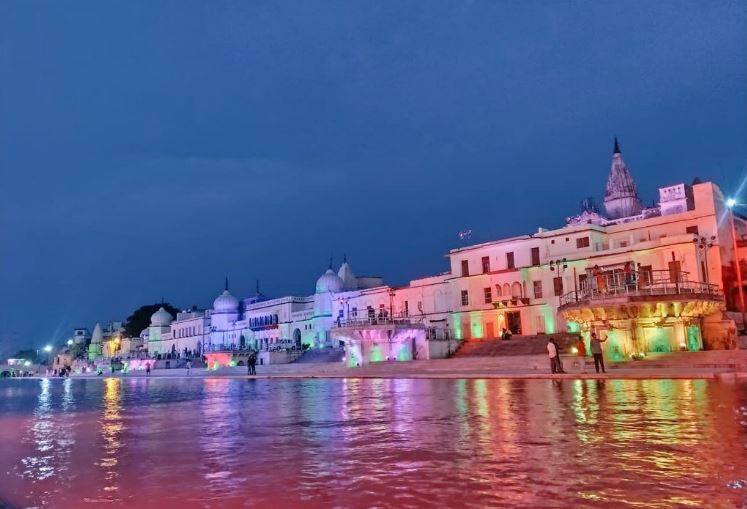 New Delhi/Islamabad: The government Thursday asked Pakistan to desist from inciting communal tensions in India with its provocative statements on its internal matters.

Pakistan Wednesday had strongly condemned the ‘bhumi pujan’ ceremony for the construction of the grand Ram temple in Ayodhya.

In response to media queries on the issue, the official spokesperson of the External Affairs Ministry, Anurag Srivastava, said Thursday, “We have seen the press statement by the Islamic Republic of Pakistan on a matter internal to India.”

Issuing a warning to Pakistan, the spokesperson said that it should “desist from interfering in India’s affairs and refrain from communal incitement.”

“While this is not a surprising stance from a nation that practices cross-border terrorism and denies its own minorities their religious rights, such comments are nevertheless deeply regrettable,” he added.

The Pakistan government led by Imran Khan had claimed in an official statement on Wednesday that the Ram temple was being constructed “on the site where the historic Babri Masjid stood for around five centuries.

Calling the Indian Supreme Court judgement, which paved the way for construction of the temple, “flawed”, Islamabad said that “it not only reflected the preponderance of faith over justice but also the growing majoritarianism in today’s India, where minorities, particularly Muslims and their places of worship, are increasingly under attack.”

The Imran Khan government said, “The temple built on the site of a historic mosque will remain a blot on the face of the so-called Indian democracy for the times to come. The painful scenes of the demolition of Babri Masjid by the BJP and its extremist Hindu affiliates in 1992 remain fresh in the minds of Muslims across the globe.”

The statement said that since then, the OIC (Organization of Islamic Countries) has passed numerous resolutions condemning the heinous act of demolishing the centuries-old mosque.

“Future generations of Muslims would continue to be cognizant of the new illegitimate structure which the Hindutva-driven BJP has campaigned for, and is bent upon constructing as part of its agenda of converting India into a ‘Hindu Rashtra’. Todaya’s event in Ayodhya reflected an unrelenting drive in this direction,” Islamabad said.

Pakistan in its statement had urged the Indian government to ensure safety, security and protection of minorities, particularly Muslims and their places of worship and other Islamic sites on which the Hindu extremists and zealots have laid claims.

The international community, the United Nations and relevant international organisations should play their part in saving the Islamic heritage sites in India from the ‘Hindutva’ regime and ensure protection and religious rights of minorities in India, the Imran Khan government said.