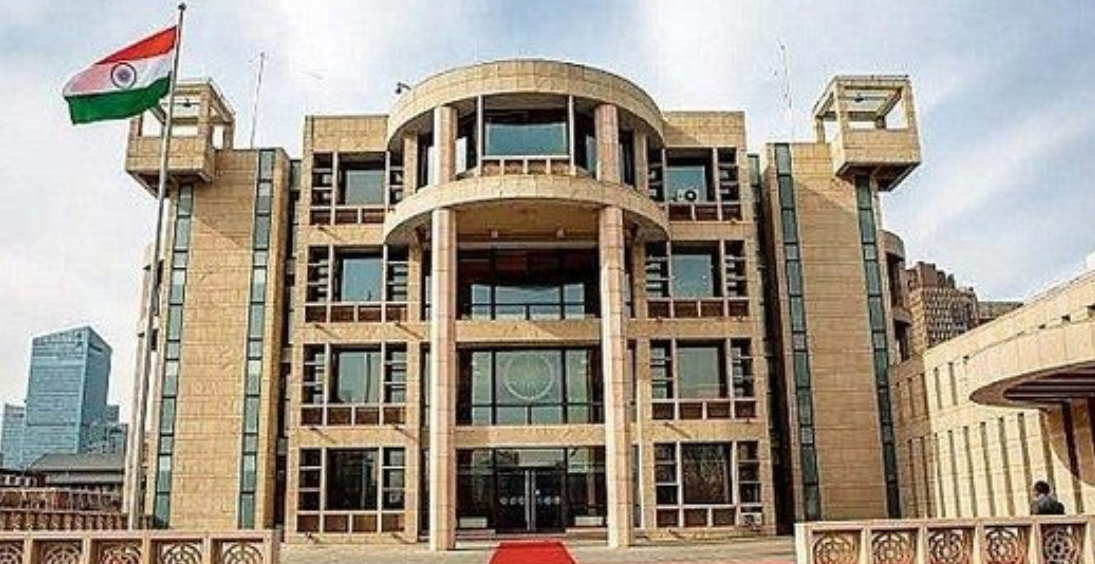 Beijing: India slammed Thursday the Pakistani Ambassador to China Moin-ul-Haque for his ‘lies and half-truths’ on Jammu and Kashmir. India said terrorists ‘recruited, trained and armed’ by Islamabad have disturbed peace and order in the Union Territory (UT) which is an integral part of India.

“India’s concerted efforts to bring peace, stability and progress to J&K stand in stark contrast to Pakistan’s strategy. Pakistan’s strategy is little more than a blatant and rapacious campaign of cross-border terrorism aimed at debilitating the region,” the Embassy of India here said.

The Embassy made these remarks in response to an article titled ‘Urgent actions on Jammu, Kashmir needed’ published in China’s state-run ‘Global Times’ August 7.

In a statement, the Embassy said Ambassador Haque has chosen to repeat Pakistan’s ‘lies and half-truths vis-a-vis the Union Territory of Jammu and Kashmir, which is an integral part of India and whose affairs are internal affairs of India, where Pakistan, or any other country, has no locus standi’.

Ambassador Haque’s misrepresentations, while not surprising, cannot conceal the significant progress that J&K has made. The development has taken place following the abrogation of Article 370 of the Indian Constitution, the statement said. It also detailed the developmental activities initiated by the Indian government in the last one year.

Haque could consider holding up a mirror to his own ‘regime’ and reflect on Pakistan’s own actions in the region. Then he can make ludicrous characterisations of the Indian government’s actions, the statement informed.

“Terrorists recruited, trained and armed by Pakistan have disturbed peace and order in J&K. Over 450 incidents of terrorist orchestrated violence have taken place since August 2019. It has led to several civilian casualties. And it is in fact Pakistan that has repeatedly effected administrative and demographic changes in territories that it has occupied illegally and forcibly in J&K and Ladakh,” the statement said.

The ‘Global Times’ has declined to carry the Indian Embassy’s response, the mission said.