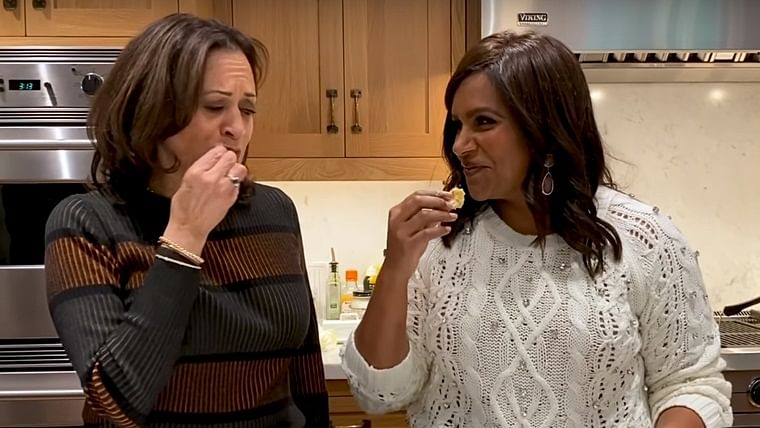 Los Angeles: With Joe Biden picking Kamala Harris as his running mate for the upcoming US presidential elections, Indian origin celebrities in the West are euphoric.

After Priyanka Chopra Jonas, several Indian origin celebrities including Mindy Kaling and Padma Lakshmi have cheered for Harris’ selection. They have said that Harris as the Democrat vice president contender in the upcoming polls marks a breakthrough for Indian Americans in US politics.

Indian origin actress Mindy Kaling called it an ‘exciting day’. “Was there ever more of an exciting day? For our entire country of course, but especially for my Black and Indian sisters, many of us who have gone our entire lives thinking that someone who looks like us may never hold high office? We work so hard and contribute to the fabric of our lives in America, & now to see @SenKamalaHarris rise to the top like this? It’s thrilling!! I am filled with hope and excitement. Thank you @JoeBiden Let’s do this! @meenaharris @mayaharris_ @RohiniKos #sisterhood #letsdothis #bidenharris2020,” tweeted Kaling.

Host Padma Lakshmi shared a GIF of her cheering on.

Priyanka Chopra , who spends time in the US as well as India, took to Instagram and posted a picture of Harris in a purple suit, waving her hand.

“This is a historical, transformational, and proud moment for all women. All women of colour, all Black women, and all South Asian women. Congratulations @kamalaharris on becoming the first Black woman and FIRST PERSON of Indian descent to compete on a major U.S. party’s presidential ticket. #representationmatters PS: To my younger self – look how far we have come!” Priyanka wrote alongside the image.

Harris is born in the US to immigrants, cancer researcher Shyamala Gopalan from India and economics professor Donald Harris from Jamaica.