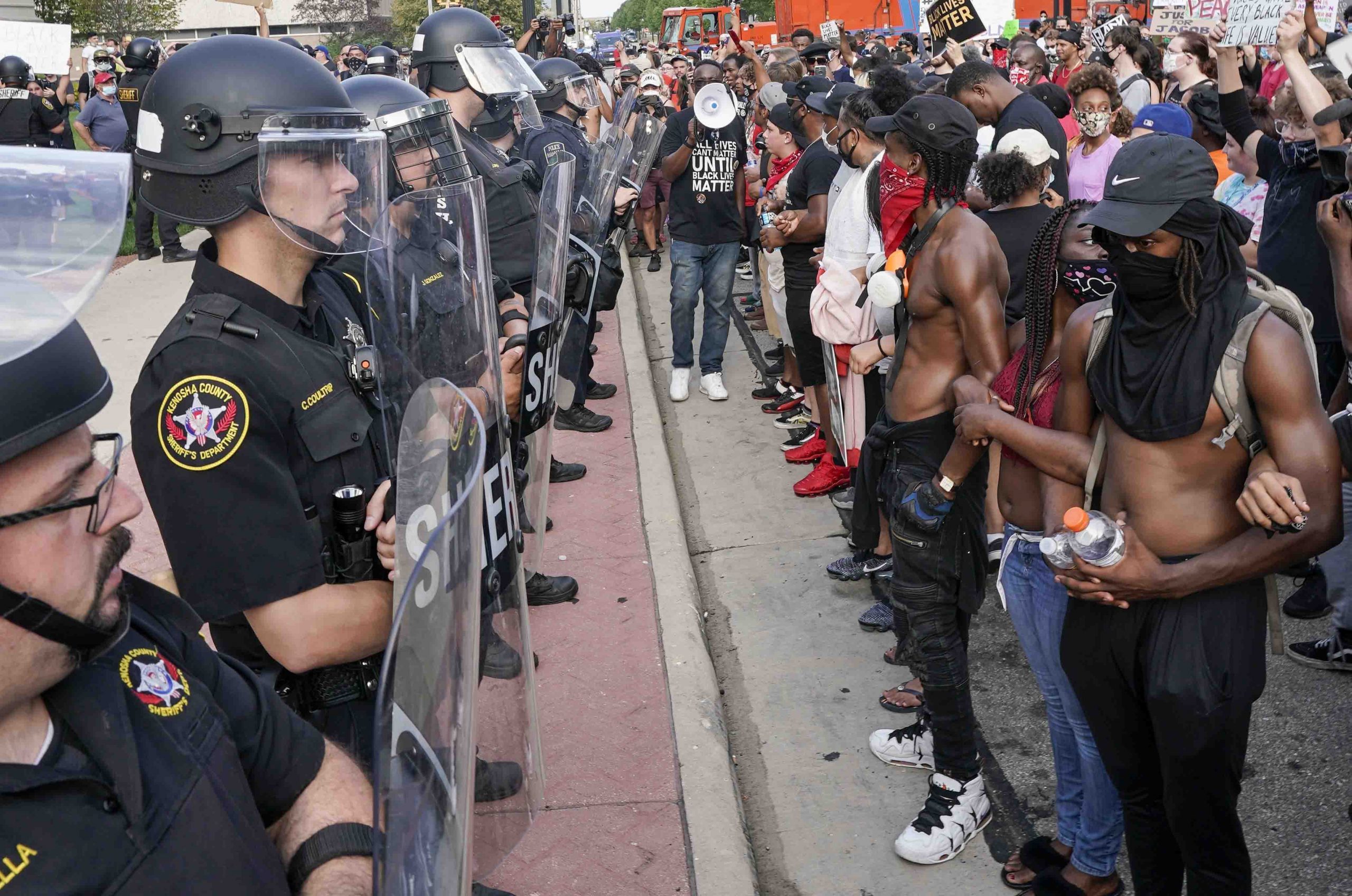 Kenosha: Anger over the shooting of a Black man by police spilled into the streets of Kenosha for a second night Monday. The police again had to fire tear gas at hundreds of protesters who defied a curfew. The protestors in turn threw bottles and shot fireworks at law enforcement guarding the courthouse.

The southeastern Wisconsin city has become the nation’s latest flashpoint in a summer of racial unrest. It happened after cellphone footage of police shooting Jacob Blake — apparently in the back as he leaned into his SUV, was circulated widely on social media Sunday.  When he shot, Jacob Blake’s three children were sitting in the car.

The 29-year-old Blake is currently was hospitalised and in serious condition.

The shooting drew condemnation from Democratic Governor Tony Evers. He also called out 125 members of the National Guard, Monday after protesters set cars on fire, smashed windows and clashed with officers in riot gear the previous night.

Also read: Protests erupt again as police shoot Black man in the back in United States

Police first fired tear gas Monday about 30 minutes after the 8.00pm curfew took effect to disperse protesters. Till that time the protestors were peaceful and chanted, ‘No justice, no peace’ as they confronted a line of officers. Once the tear gas shells were fired, the protestors became violent.

Tensions had flared anew earlier Monday after a news conference with Kenosha Mayor John Antarmian, originally to be held in a park, was moved inside the city’s public safety building. Hundreds of protesters rushed to the building and a door was snapped off its hinges before police in riot gear pepper-sprayed the crowd.

Police in the former auto manufacturing center of 100,000 people midway between Milwaukee and Chicago said they were responding to a call about a domestic dispute when they encountered Blake, Sunday. They did not say whether Blake was armed or why police opened fire, they released no details on the dispute, and they did not immediately disclose the race of the three officers at the scene.

The man who said he made the cellphone video, 22-year-old Raysean White, said he saw Blake scuffling with three officers. He heard the officers yell, “Drop the knife! Drop the knife!” before the gunfire erupted. He said he didn’t see a knife in Blake’s hands.

The governor said he has seen no information to suggest Blake had a knife or other weapon, but that the case is still being investigated by the state Justice Department.

The officers were placed on administrative leave, standard practice in a shooting by police. Authorities did not release any details about the officers and did not immediately respond to requests for their service records.