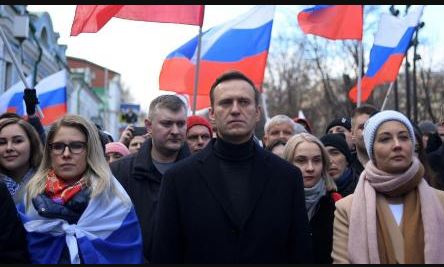 Berlin: Alexei Navalny, a leading Russian opposition figure who fell ill after a suspected poisoning, arrived in Germany Saturday from Siberia for treatment. On Saturday, Navalny’s medical evacuation flight, paid for by the German NGO Cinema for Peace, landed at Tegel airport in Berlin, the BBC reported.

The 44-year-old staunch critic of President Vladimir Putin is being treated at the Charite hospital in the German capital. His spokeswoman, Kira Yarmysh, said in a tweet: “Massive thanks to everyone for their support. The struggle for Alexei’s life and health is just beginning.”

Yarmysh said it was a pity that doctors had taken so long to approve his flight as the plane and the right documents had been ready since Friday morning. Navalny has been in an induced coma since Thursday after he fell ill during a flight from Tomsk to Moscow and his plane made an emergency landing in Omsk, Siberia

A photograph on social media appeared to show him drinking from a cup at a Tomsk airport cafe before the flight. His team suspects a poisonous substance was put in his tea, the BBC reported.

The head doctor at the hospital where Navalny was being treated in Omsk, Alexander Murakhovsky, warned late on Friday that doctors did not recommend flying, “but his wife insists on her husband being transferred to a German clinic”.

“The patient’s condition is stable,” deputy chief doctor Anatoly Kalinichenko was quoted as saying by the Interfax news agency.

Navalny has made a name for himself by exposing official corruption, labelling Putin’s United Russia as “the party of crooks and thieves”, and has served several jail terms.