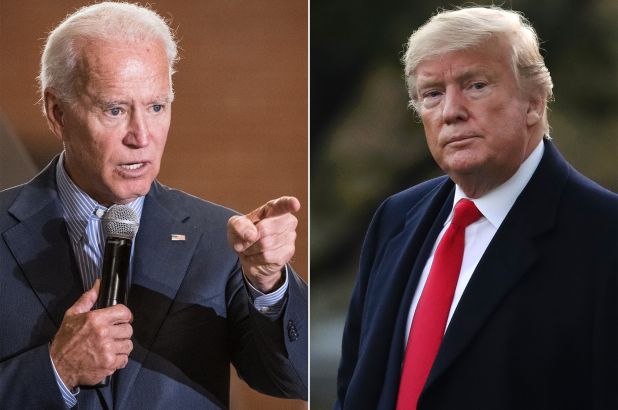 Washington: In a sign of the growing political prominence of Hindus in America, the Trump and Biden campaigns are wooing this small religious minority community like never before.

Hinduism is the fourth largest faith in the US, representing approximately one per cent of the US population in 2016.

While the Trump campaign promises that re-electing President Donald Trump will “reduce obstacles to religious freedoms” for Hindus in America, the rival Biden campaign on Tuesday said former vice president Joe Biden has made outreach to the Hindu faith community a priority.

For the first time in an American presidential election, the Trump Campaign on August 14 announced the formation of the “Hindu Voices for Trump.”

Two days later, prominent Hindu leader Neelima Gonuguntla participated in an interfaith service to kick off the Democratic National Convention, which the Biden campaign said was another sign of the growing political prominence of Hindus in America.

The details of the new coalition of the Trump Campaign to woo the Hindu-American community in the US are expected to be announced during the Republican National Convention next week.

“Hindus for Trump honours contributions by millions of Americans of Hindu faith,” said the campaign which has taken a lead ahead of the Biden campaign.

“The inclusive economy, commitment to building up US-Indian relations, and fierce support for religious liberties for all is unmatched. Re-electing President Trump will reduce obstacles to religious freedoms for Hindus in America,” asserted the Trump campaign.

Biden, who Tuesday was officially nominated as the Democratic presidential nominee, “has made outreach to the Hindu faith community a priority,” South Asians for Biden, a political platform, said.

Over the weekend, the Biden campaign released the platform for Indian-Americans, which addresses several key concerns of the Hindu community.

Notably, Biden proposes stiffening penalties for hate crimes committed at houses of worship, such as temples, and increasing the security grants available to such houses of worship. He has also pledged to make the prosecution of hate crimes a priority for his Department of Justice, the campaign said.

“Increased access to the security grants and prioritising the prosecution of hate crimes is critical for our Hindu community,” said Niki Shah, a Hindu community organiser who worked closely on Hindu initiatives for former president Barack Obama’s faith-based council.

“The participation of a Hindu-American took on added significance, given that Senator Kamala Harris, who is Vice President Biden’s running mate, grew up in a household that was both Hindu and Christian,” South Asians for Biden said.