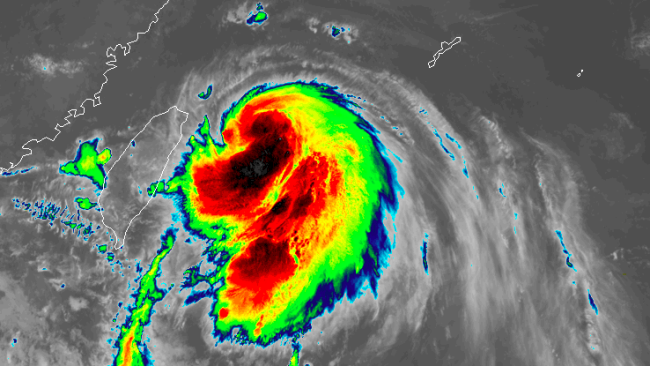 Hagupit landed on the coastal areas of Yueqing City at around 3:30 a.m., packing winds of 38 meters per second near its centre, reports Xinhua news agency.

It brought torrential rains to Zhejiang and Fujian provinces, with gales forecast in areas in the western and southern parts of the East China Sea, the waters near Diaoyu Island, the Yangtze River Estuary, Hangzhou Bay, as well as the coastal areas of Zhejiang and northeastern Fujian.

The NMC upgraded its typhoon alert at 6 p.m. Monday from yellow to orange, and renewed the alert at 6 a.m. Tuesday, based on a four-tier colour-coded warning system for severe weather, with red being the most serious, followed by orange, yellow and blue.

It forecast that the typhoon will track north and pass through Zhejiang, with its intensity gradually weakening.

It is expected to leave Zhejiang Tuesday night and enter the western Yellow Sea via northern Jiangsu Wednesday before moving toward the western coast of the Korean Peninsula.

Some train services and construction work in Fujian were halted, with boats pulled ashore and nearby residents evacuated.