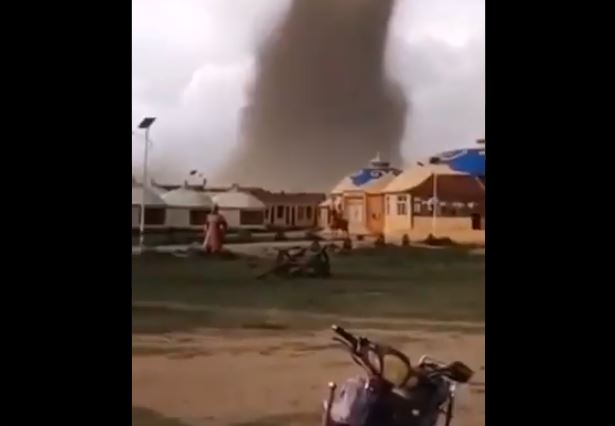 The local government said the extreme weather hit the Swan Lake, Darhan Muminggan Joint Banner, around 3:30 p.m. Sunday, toppling or damaging over 100 yurts and injuring 33 tourists and workers of the tourist site.

At around 3:30pm Sunday, Sugacha, Mongolia was hit by a tornado. The disaster seriously affected the nearby Swan Lake tourist reception, causing damages to 5 herders, 33 people injured at the tourist reception, and more than 100 yurts collapsed. pic.twitter.com/iocOv93DUp

The injured have been sent to local hospitals, officials said, adding that three were in serious condition.