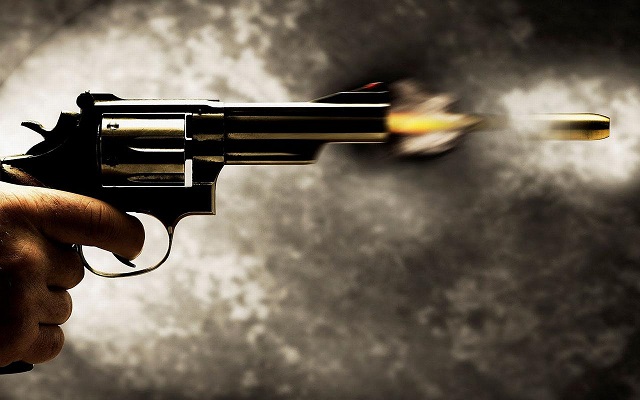 Washington: An African-American man was shot multiple times by police in the US state of Wisconsin and was taken to a hospital in serious condition, according to media reports.

Police were answering a call about a domestic incident when the shooting took place in the city of Kenosha on Sunday, reports Xinhua news agency.

A video posted on social media shows the man, identified by Wiconsin Governor Tony Evers as Jacob Blake, in a white shirt and black shorts walking to a gray van, followed by two male police officers with weapons drawn.

As Blake opens the door to get in, an officer grabs his shirt to hold him still, then appears to shoot him in the back at close range.

Large crowds soon gathered at the scene of the shooting, then walked down the sidewalk and street.

Following the incident, a crowd of about 100 people had reached the Kenosha County Public Safety Building by late Sunday night, chanting “no justice, no peace”.

Kenosha County declared an emergency curfew in effect until 7 a.m. on Monday.

Wisconsin State Patrol and Kenosha County Sheriff’s deputies came to the scene at the request of Kenosha police, as the shooting involved an officer.

In a statement early Monday, Wisconsin DOJ said the officers involved in the shooting had been placed on administrative leave, the USA Today reported.

The state’s Division of Criminal Investigation is heading up an investigation into the shooting and will seek to “provide a report of the incident to the prosecutor within 30 days”, according to the statement.

Sunday’s incident comes after amid heightened tensions in the US over police brutality following the killing of George Floyd, an unarmed African-American, in May under police custody.

A white police officer knelt on Floyd’s neck for almost nine minutes before he died May 25 in Wisconsin’s neighbouring state of Minnesota.