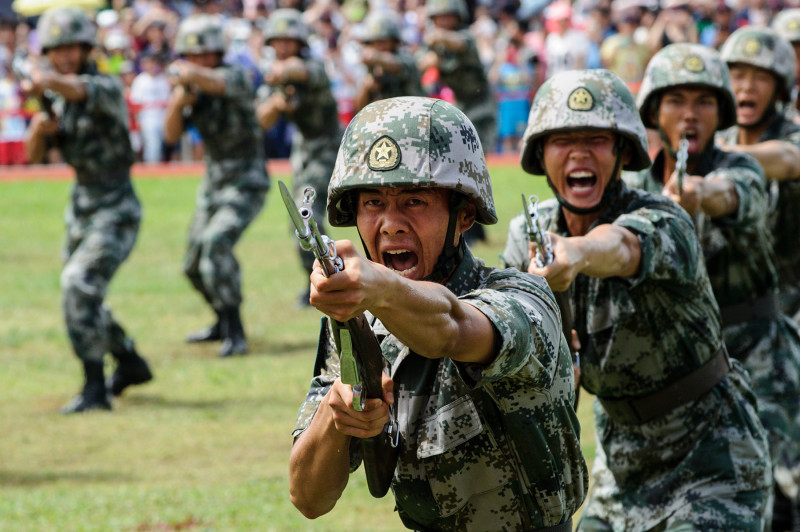 Shanghai: China will be able to make India suffer more severe military losses than in the past if it wants to engage in competition. This was said Tuesday by state-backed newspaper ‘Global Times’. The statement was published after a fresh border flare-up between the two nuclear-armed countries. It said China has more military capability than India.

Indian forces foiled an attempt by Chinese troops to occupy a hill on the Asian giants’ disputed border in the western Himalayas. This information was given Monday by officials in New Delhi.

It added that India faced a ‘powerful China’ and that New Delhi should not have any ‘illusions’ of support from Washington over the issue.

“But if India wants to engage in competition, China has more tools and capability than India. If India would like a military showdown, the PLA (People’s Liberation Army) is bound to make the Indian Army suffer much more severe losses than it did in 1962,” the editorial also stated.

The ‘Global Times’ is published by the People’s Daily, the official newspaper of China’s ruling Communist Party.

Tensions between the two armies in the freezing snow deserts of the Ladakh region have been running high for months. In June, 20 Indian soldiers were killed in hand-to-hand fighting with Chinese troops in the Galwan valley. It was the neighbours’ most serious military clash in more than half a century.

Both sides had agreed to pull back after that clash, but the Indian Army accused Chinese forces of violating that accord over the weekend.