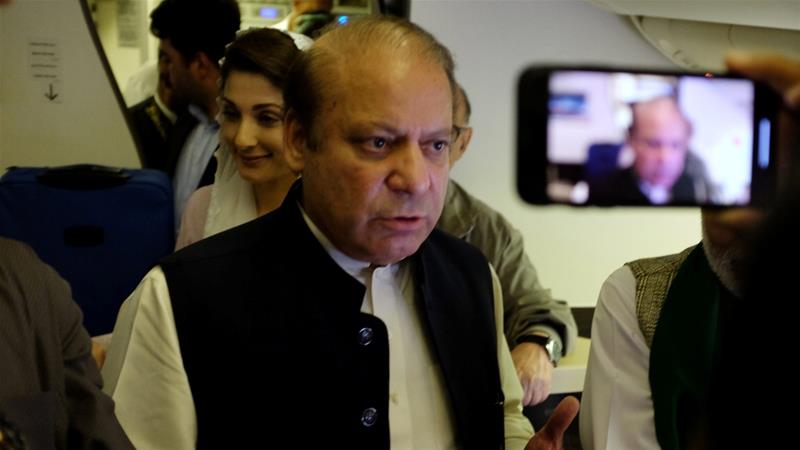 Islamabad: A Pakistani court Tuesday gave a ‘last chance’ to former Prime Minister Nawaz Sharif to surrender and appear before it September 10 for hearing in a corruption case against him, according to media reports here. nawaz Sharif, 70, has been in London since November last year after the Lahore High Court granted him permission to go abroad for four weeks for treating a heart disease and an immune system disorder. The three-time premier was sentenced to seven years in prison in the ‘Al-Azizia Steel Mills’ case

“We are not passing the final verdict as of yet. We are giving you (Nawaz) last chance to surrender before the next hearing. Nawaz Sharif should appear before the court in any case,” the bench said.

Sharif’s lawyer, Khawaja Harris, said the former premier was not medically fit to return to Pakistan and a related petition was pending in the Lahore High Court.

Further hearing of the case was adjourned till September 10. Appeals of Maryam and Captain Safdar would be heard September 23, the ‘Express Tribune’ reported.

The Pakistan government has already declared Sharif an ‘absconder’ and approached the UK government for his extradition.

In a recent interview with ‘ARY News’, Prime Minister Imran Khan said his government ‘regretted’ the decision to lift the ban on Sharif.