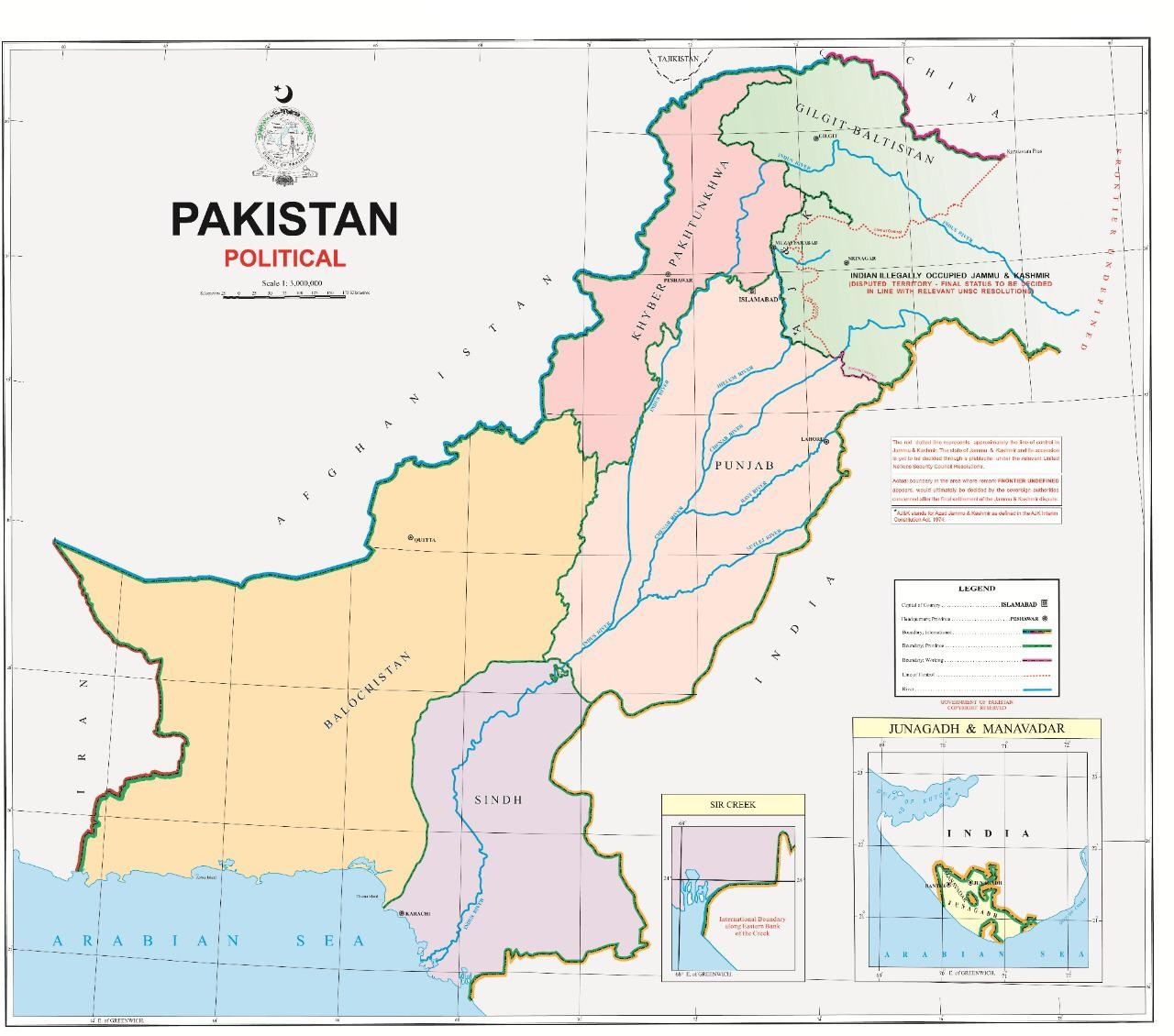 Islamabad: On the eve of the first anniversary of the revocation of the contentious Article 370 and Article 35A, Pakistan Prime Minister Imran Khan unveiled a new political map which includes the UT of J&K as part of Pakistan Tuesday. Khan has decided to present the new political map at the United Nations as well.

The Imran Khan cabinet approved the new map in which the complete Jammu and Kashmir, is shown integrated with Pakistan. The illegal map shows J&K as “Indian illegally occupied J&K — disputed territory — final status to be decided in line with relevant UNSC resolutions.” Thereby cocking a snook at the Govt of India.

“This is the most historic day in Pakistan’s history,” he said while addressing a news conference after chairing the meeting of federal cabinet, which approved the new map Tuesday.

Khan said that Pakistan has launched a political map which shows the whole Kashmir region, including “Indian Illegally Occupied Jammu and Kashmir” as part of his country’s territory.

In the press conference, Khan said: “Today is a historic day we have launched a new political map of Pakistan which is as per the aspirations of the entire nation as well as the people of Kashmir.”

He also said the new map is backed by all political parties of the country. “This map also opposes the Indian government’s illegal act of August 5 last year,” the prime minister said.

“The settlement of Kashmir dispute only lies in the UN Security Council resolutions.

“Pakistan will continue to make efforts for the people of Kashmir,” said Khan adding that the dispute can only be resolved through political means not military.