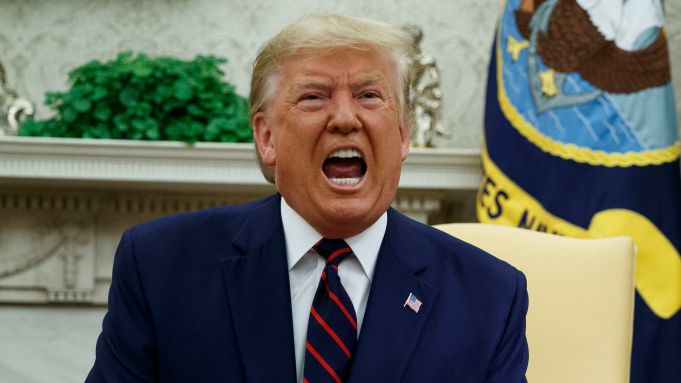 New York: A New York judge has knocked down President Donald Trump’s bid to delay a lawsuit from a woman. The woman has accused Donald Trump of rape. In his ruling released Thursday that judge said that the presidency doesn’t shield Donald Trump him from the case.

Manhattan judge Verna Saunders referred to a recent US Supreme Court ruling. It said that the president isn’t immune from a New York prosecutor’s criminal investigation. Saunders said the same principle applies to E Jean Carroll’s defamation suit. Trump’s lawyers have argued in the case that the Constitution bars presidents from being dragged into lawsuits in state courts. “No, it does not,” Saunders wrote in her ruling.

The decision allows Carroll – who’s seeking Trump’s DNA as potential evidence – to keep pursuing her suit. She says he slurred her in denying her claim that he raped her in the 1990s.

“We are now eager to move forward with discovery. We can prove that Donald Trump defamed E Jean Carroll when he lied about her. This is in connection with her brave decision to tell the truth about the fact that Donald Trump had sexually assaulted her,” said her lawyer, Roberta Kaplan.

Email and phone messages were sent to Trump’s lawyers about the ruling. However, they went unanswered.

Carroll, was a longtime ‘Elle’ magazine advice columnist until December. She went public last year with an allegation that Trump raped her in a Manhattan luxury department store dressing room. The alleged rape took place in the mid-1990s. She said it happened after they ran into each other and bantered about trying on a bodysuit.

Trump said Carroll was ‘totally lying’ to sell a memoir. He said he had never met her. However, a 1987 photo showed them and their then-spouses at a social event. He said it just captured a moment when he was standing in a line.

Carroll is trying to get a DNA sample from Trump to see whether it matches as-yet-unidentified male genetic material found on a dress. She has said that she was wearing the dress during the alleged attack and didn’t don again until a photo shoot last year.

Trump’s lawyers have argued the suit shouldn’t proceed at least until New York’s highest court decides whether an incumbent president is shielded from all state-court suits unrelated to his official duties.

Previous US Supreme Court decisions have said incumbent presidents can’t be sued anywhere over official actions. The high court however, hasn’t specifically addressed whether suits over a president’s private conduct can unfold in state courts.

Carroll’s lawyers, however, have argued the justices essentially settled the question when they ruled last month on Manhattan District Attorney Cyrus R Vance Jr’s ability to subpoena Trump’s tax records for a state grand jury investigation. “We cannot conclude that absolute immunity is necessary or appropriate,” the Supreme Court had said.