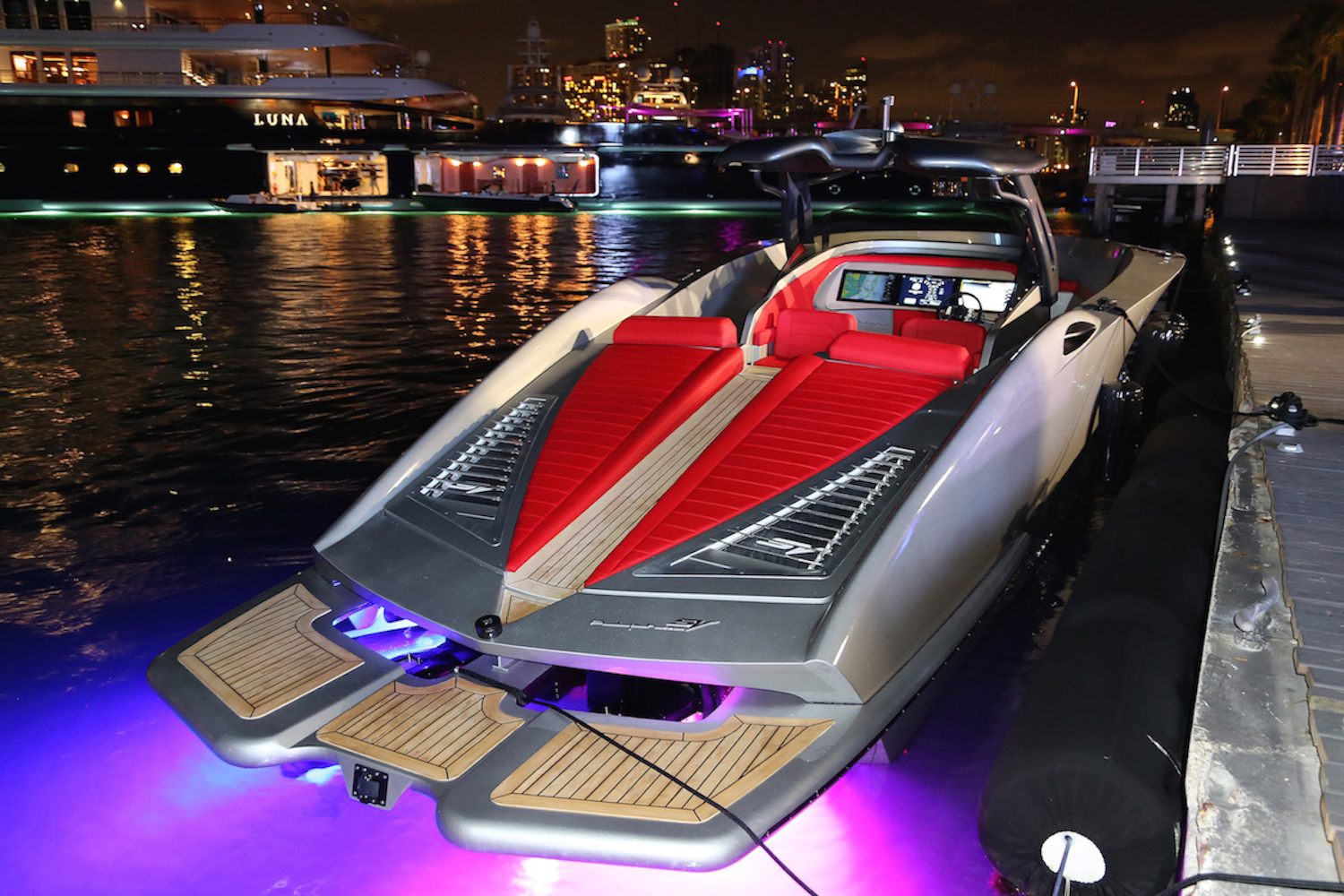 Have you ever tanned while ripping the ocean at 90 mph? If your answer is no, then you have never been on the SV Yachts ALPHA. Combining high-performance and the utmost luxury, ALPHA is a 38-foot yacht that delivers flair and comfort for up to 15 guests, while never compromising speed.

Creators and designers Mauricio Velez and Nikolai Sass were disappointed by the monotony in the boating industry, with all boats looking so similar.

“We recognized the lack of high-performance inboard boats that combine ultimate power with the epitome of luxury and usability,” said Sass. “That was our basis and goal for coming together to launch ALPHA.”

Velez and Sass partnered to form SV Yachts in 2015, with the pursuit of fine craftsmanship and velocity in mind. Sporting an eye-catching silver hull and a fire engine red interior, ALPHA was inspired by the lines of a 1967 Corvette.

“When we decided to launch SV Yachts, we wanted to make sure that our yachts could not be compared to anything that is currently on the market,” said Velez. “We borrowed from the aesthetics of our dream boats from the 1960s, but with modern comforts and technology that set ALPHA apart from the rest.”

The wowing speed is delivered by the twin 700 hp Mercury Racing Engines and Mercury Race 6 drives, with props calibrated to push the boat over 90 mph.

Velez and Sass did not spare any details when crafting ALPHA. The team used exotic fibers, like aramid and Kevlar weave, making the vessel light enough to reach high-speeds, yet strong enough to endure ocean racing and cruising. Adding to the striking visuals, the yacht features large colored sun pads over the engine hatch and hinged louvers that open once the engines are fired up.

With an unwavering mission to make ALPHA “the fastest luxury yacht in the world,” the team added stunning interior details, featuring seating and sunning surfaces inspired by vintage GT sports car upholstery. The helm is the epitome of high-technology, boasting three large touchscreens that control the yacht and provide visual feedbacks as the system starts up and the engines get ready for racing.

In the spirit of entertainment, ALPHA features a Wi-Fi-managed LED light system for the deck and underwater, that makes a statement, whether docked or anchored, and an integrated champagne cooler at the bow of the boat.

ALPHA is on the market in the United States and will soon be available in Europe and the Middle East.