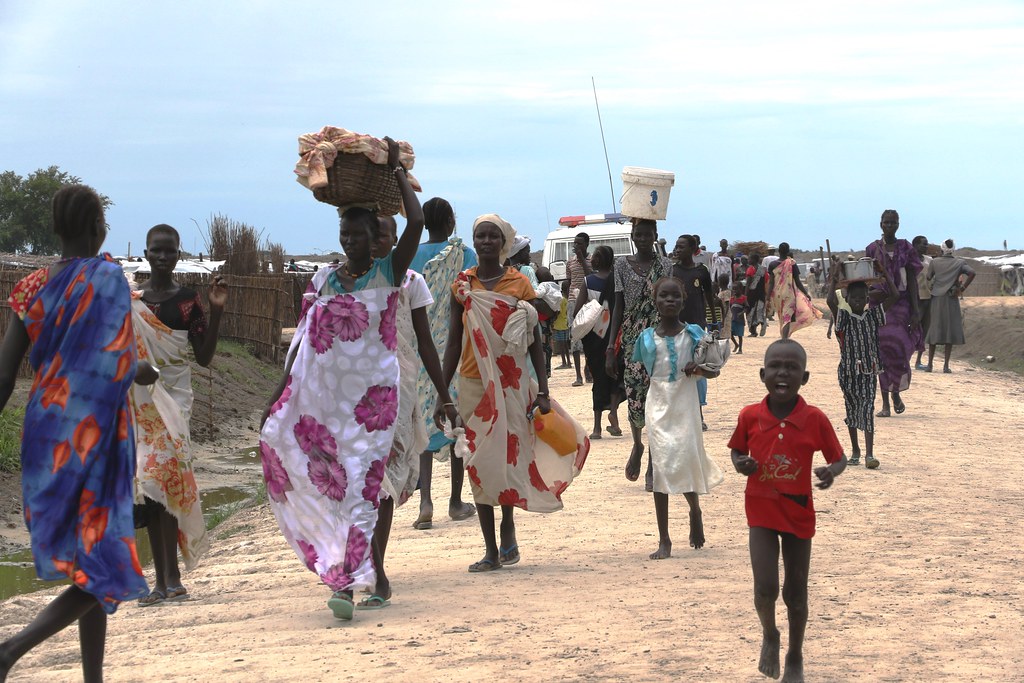 Bor (South Sudan): Here in crowded camps in South Sudan, former enemies are meant to be joining forces after a five-year civil war so they can help the shattered country recover. But they can barely find enough food.

The Associated Press spoke to women, both former rebel fighters and government troops, who are among tens of thousands of people being trained as a unified security force.

Visits to a handful of camps found squalid conditions, with food supplies expired or stolen by corruption.

With few sanitary products available, the women use random pieces of cloth, even strips of bedsheets, for their periods.

While some seek informal work in nearby communities to get by, the threat of sexual assault — even by male trainees — makes others wary of venturing too far.

“I’m describing the situation as disgusting,” said Nyaluel Makuei. The 36-year-old mother of seven said she has dedicated her life to serving her country, but she finds little support now.

“Even if you get a piece of soap you still stink and smell bad,” she said. “Some of our sisters left the center because of that situation.”

At times, she said, meals are just porridge mixed with salt to satisfy hunger because the camp’s supply of beans turned rancid.

The women who once fought on opposing sides now identify themselves as members of South Sudan’s unified force, an effort to leave their past behind.

But they are reminded of their country’s persistent troubles — insecurity, graft, poverty — at every turn.

Some in the international community warn that South Sudan’s implementation of the peace deal is in peril.

A United Nations panel of experts this year said the training camps host far fewer people than the goal of 83,000, and government soldiers make up a “significantly smaller percentage” than former rebel fighters.

“Many key commanders instructed their forces to remain outside of the security reunification process, retain their weapons and stand ready to re-engage in active fighting,” the UN report said.

Instruction in the training camps is limited to “basic moral orientation, rather than any substantive military training,” it added.

“I am acutely aware that the peace implementation remains painfully slow and far below your expectations,” President Salva Kiir said last month.

At the Toufigia police training center in Malakal, which hosts more than 3,000 people, women reported selling tea or making charcoal to find money to survive.

Veronica Akiij, 41, said she decided to work as a tea lady to support her family.

Awin Deng, 39, said she stayed up at night baking bread to sell. She hopes to be part of the first batch of police officers to graduate from training but has seven children to support.

“We are tired of this situation,” said Nyakuma Oyen, 25.

During a recent tour of the training sites, Defense Minister Angelina Teny acknowledged the challenges.

“It is not your fault, because 1,000 South Sudanese pounds ($7) cannot buy you a sack of flour. The situation is forcing you to do that,” she said of the informal work.

That threat remains, even for the trainees.

At the Panyier training center in Bor, which hosts more than 1,800 people, nurse Monica Achol Agwang said she has examined many cases of sexual assault.

“Some get pregnant and experience a miscarriage during training in the field,” the 38-year-old said. Transferring women to town for proper treatment is difficult, with poorly constructed roads and frequent flooding.

Dozens of people have HIV, an alarming rate, she said. And yet there isn’t enough medicine even for other sexually transmitted diseases.

Now the COVID-19 pandemic has arrived. Abul Malual, a 29-year-old mother of five who arrived at the training center in January, said people are sleeping 10 to a tent meant to house six people.

That’s on top of the indignity of asking for sanitary pads and receiving none. And food supplies have been erratic for months, Malual said.

He has requested help from other military divisions.

But Maj. Gen. Chol Martin with the military’s Division 8 said his soldiers are no longer receiving their salaries and most have started to support themselves by fishing or selling charcoal.